Here’s our September column in PASO Magazine! All in all, we have a lot of fun at The Slice and I’m genuinely impressed by its family-friendly atmosphere that’s welcoming but also modern. And that dino game/eating lunch trick is pretty great. 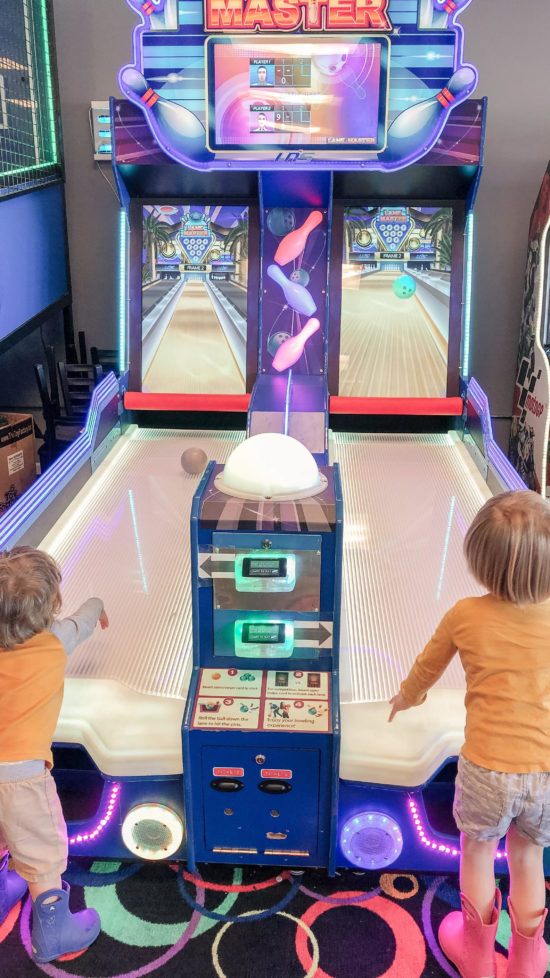 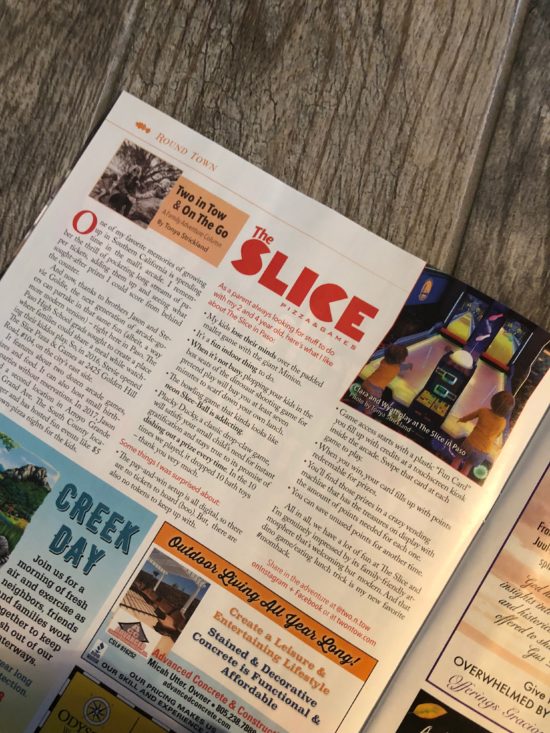 One of my favorite memories of growing up in Southern California, is spending time in the mall’s arcade. I remember the thrill of pocketing long streams of paper tickets, adding them up and seeing what sought-after prizes I could score from behind the counter. 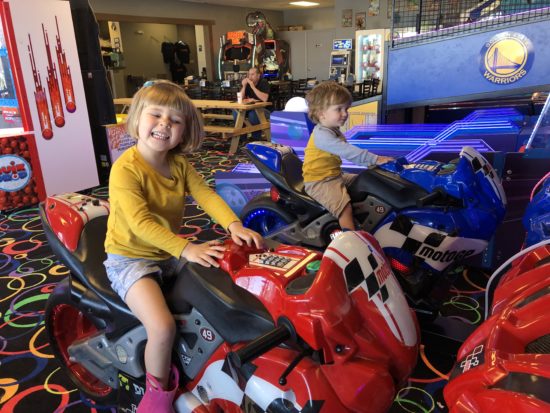 That’s why we love The Slice Pizza & Games in Paso Robles, the only place of its kind in our area!

Specials: All arcade games are 50% off all day on Tuesdays 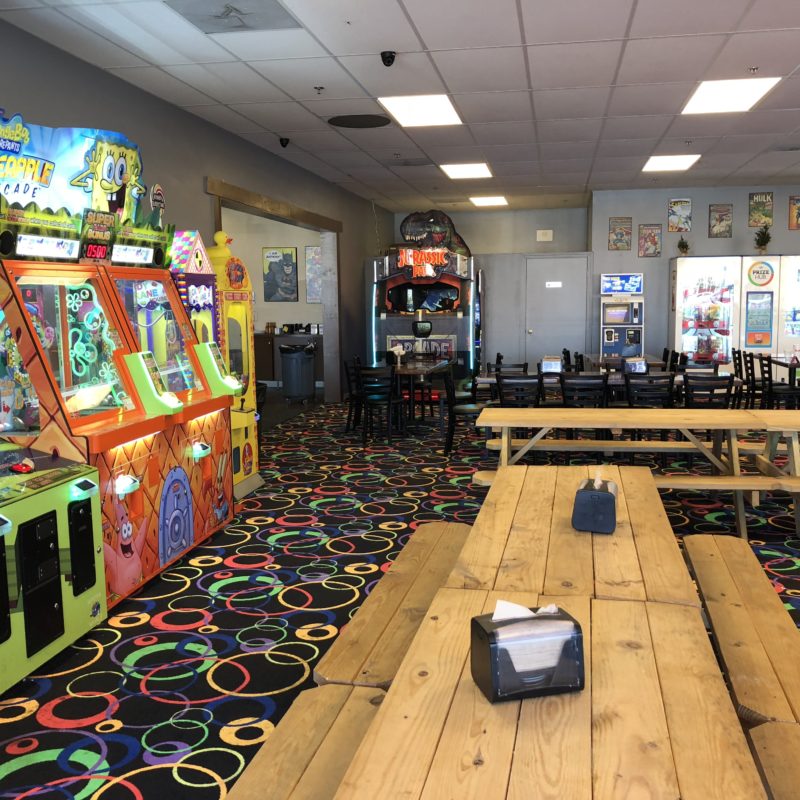 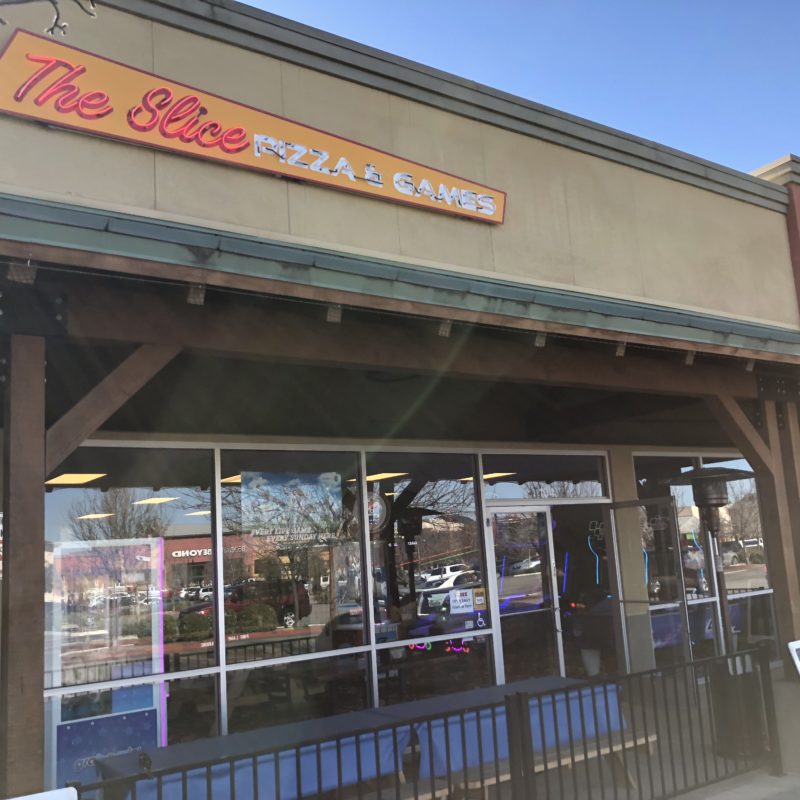 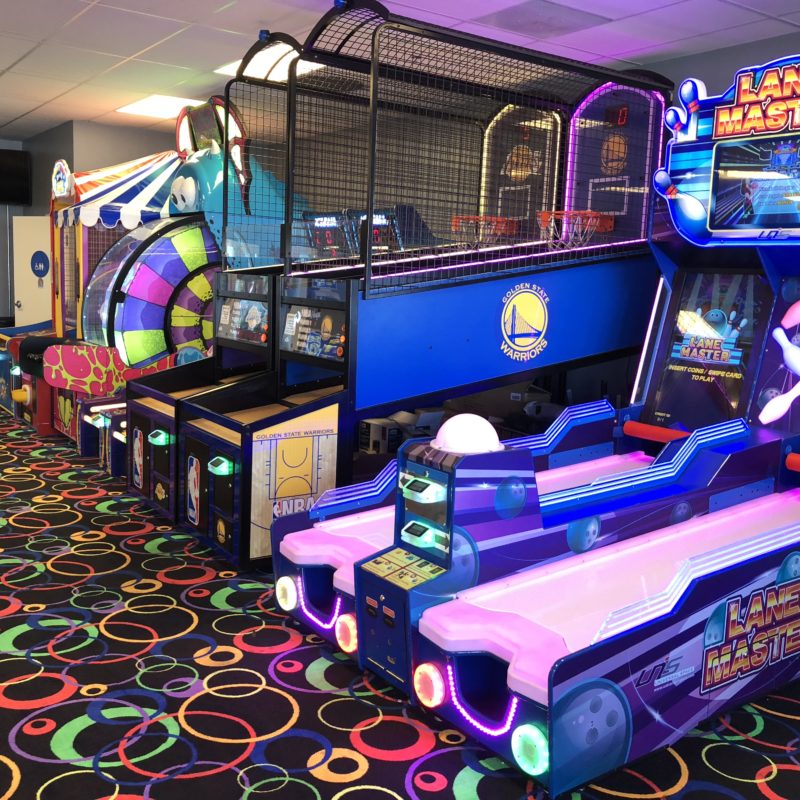 As a parent always looking for stuff to do with my 2 and 4 year olds, here’s what I like about The Slice: 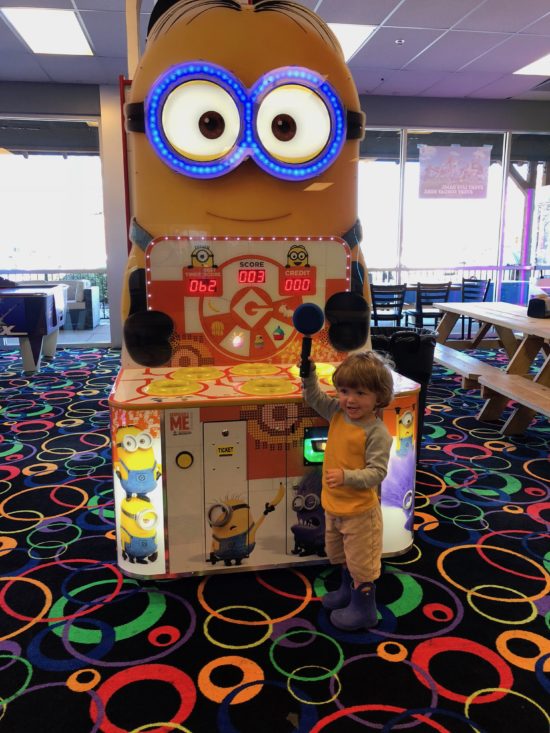 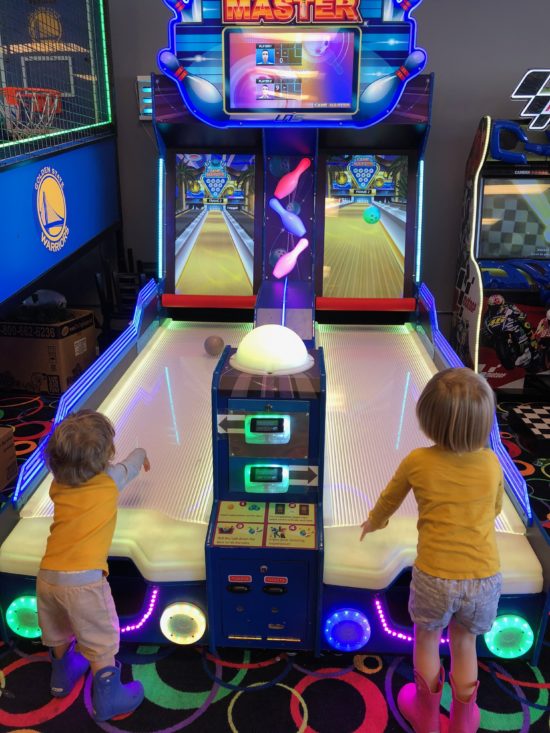 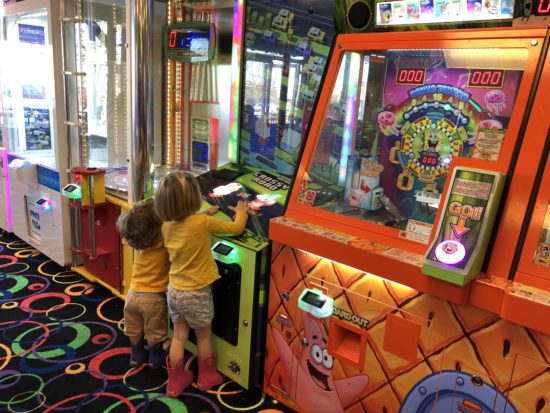 Some things I was surprised about:

We received a $40 gift card from The Slice to review its pizza and games experience, but all opinions are my own. For more information, please see my disclosure.

All in all, we have a lot of fun at The Slice and I’m genuinely impressed by its family-friendly atmosphere that’s welcoming but also modern. And that dino game/eating lunch trick is pretty great.

The Slice Pizza & Games was brought to you by brothers Jason and Stevie Goldie. The Paso High School grads sought to create a place where families could share a meal while watching their kiddos play. So, in 2016, Stevie opened The Slice Pizza & Games at 2425 Golden Hill Road, #104, on the city’s east side. It features about two dozen arcade games, prizes and food. It can also host small birthday parties without reservations. In 2017, Jason opened a second location in Arroyo Grande at 1412 Grand Ave. The South County location is bigger and has done fun stuff like $5 build-your-own-pizza nights for the kids.

One thought on “The Slice Pizza & Games, Paso Robles”