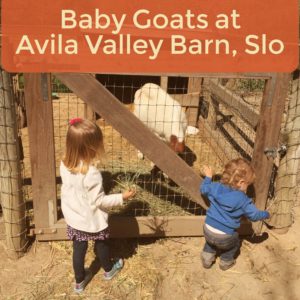 Avila Valley Barn is a magical place where children are entertained by adorable farm animals and tractor rides – and there’s even homemade pie for you.

But I’ll do a whole Avila Barn post later. For right now, you’ve got to get your butts over there to see the baby goats. Like, itsy bitsy teeny tiny newborn ones. And they’re reeeally adorable. 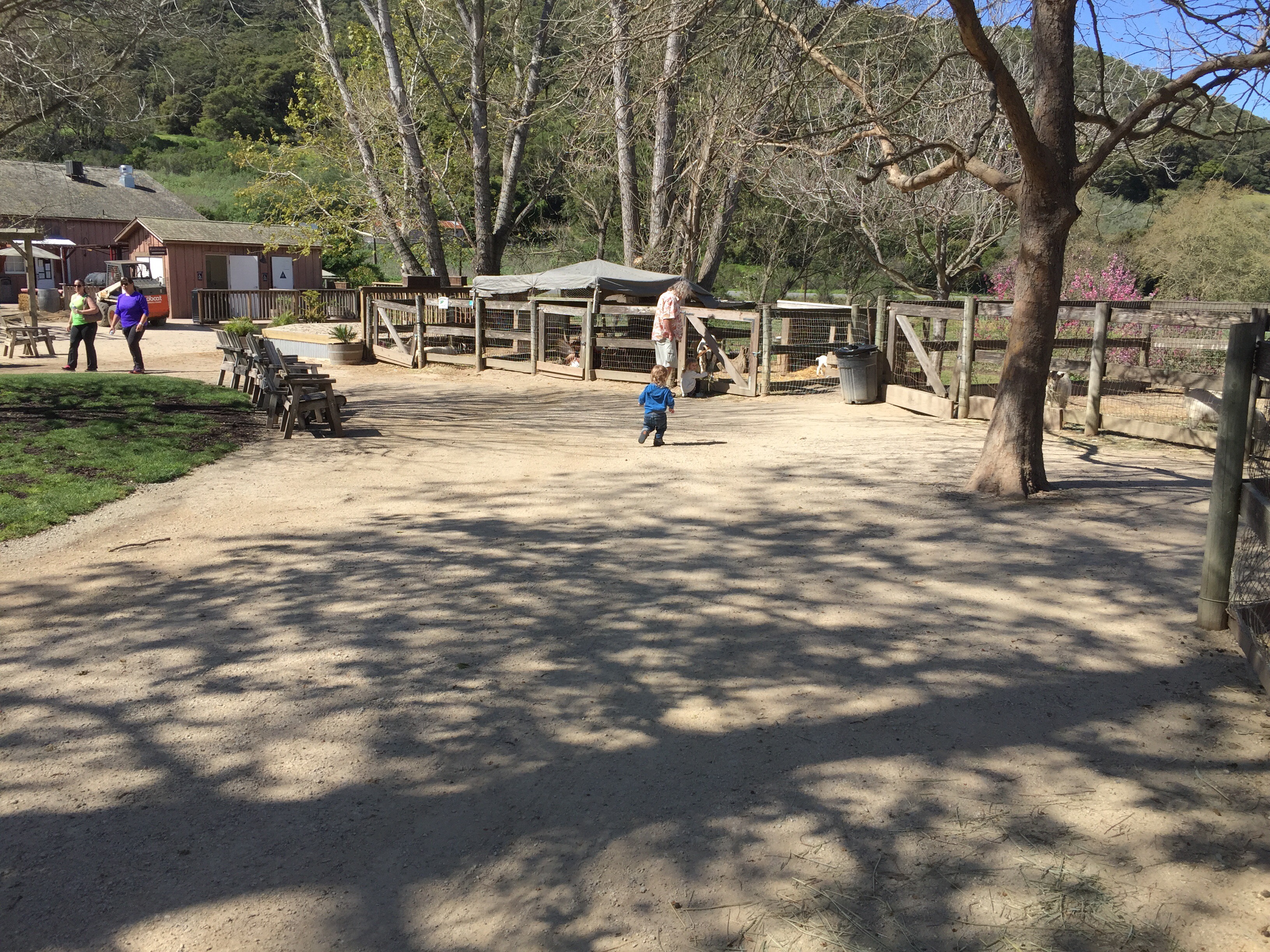 We went there on March 15 and two of the four babies looked like they were just born. Part of their umbilical cords were still attached. You can find those two littles in the pens that back up to the north side of the property where the tractor rides are. 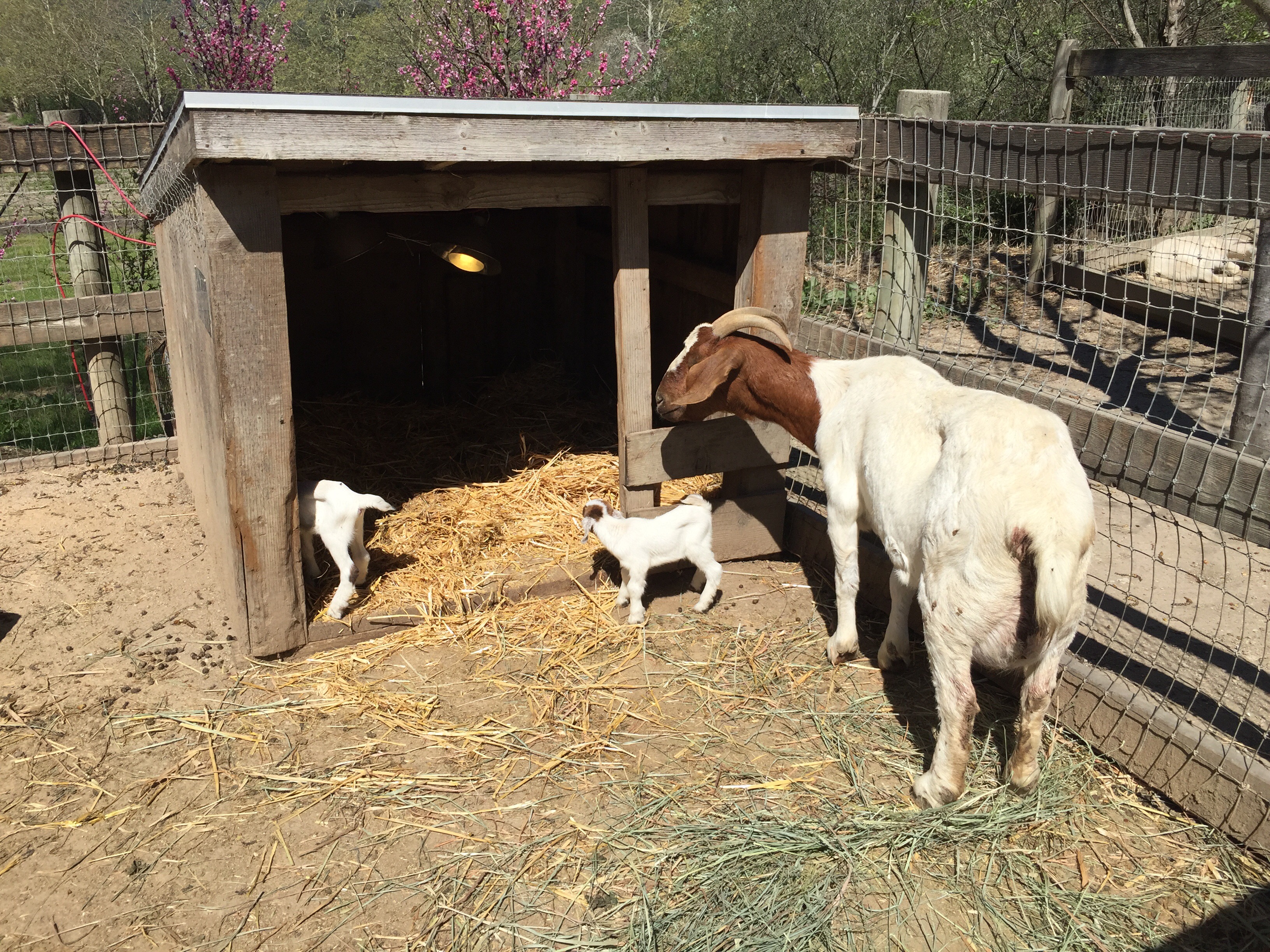 The goats are brown and white, just like their mama. They were so sweet and wobbly and barely opening their eyes. Gah. 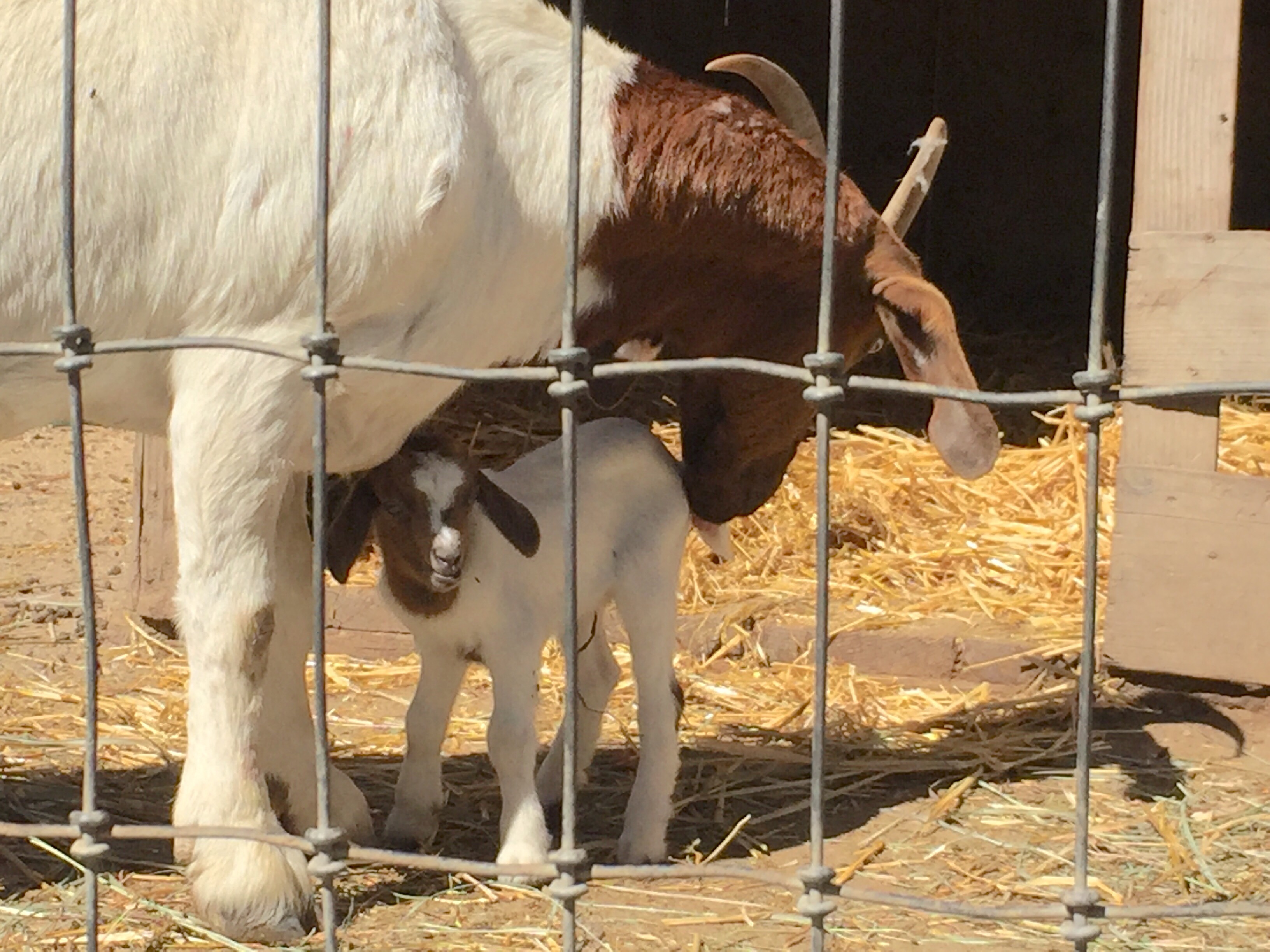 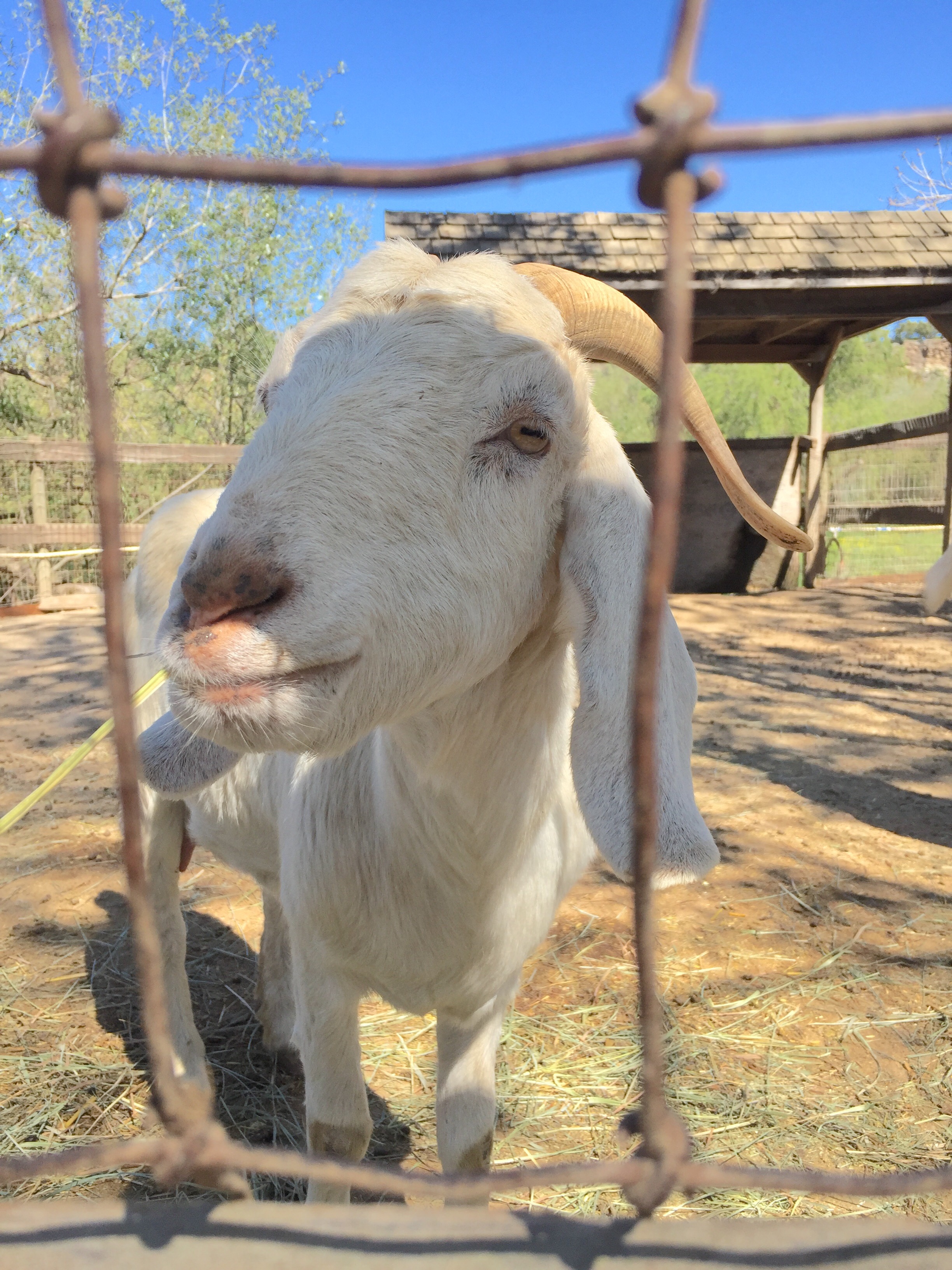 On the east-side row of pens, there’s a white mama goat. 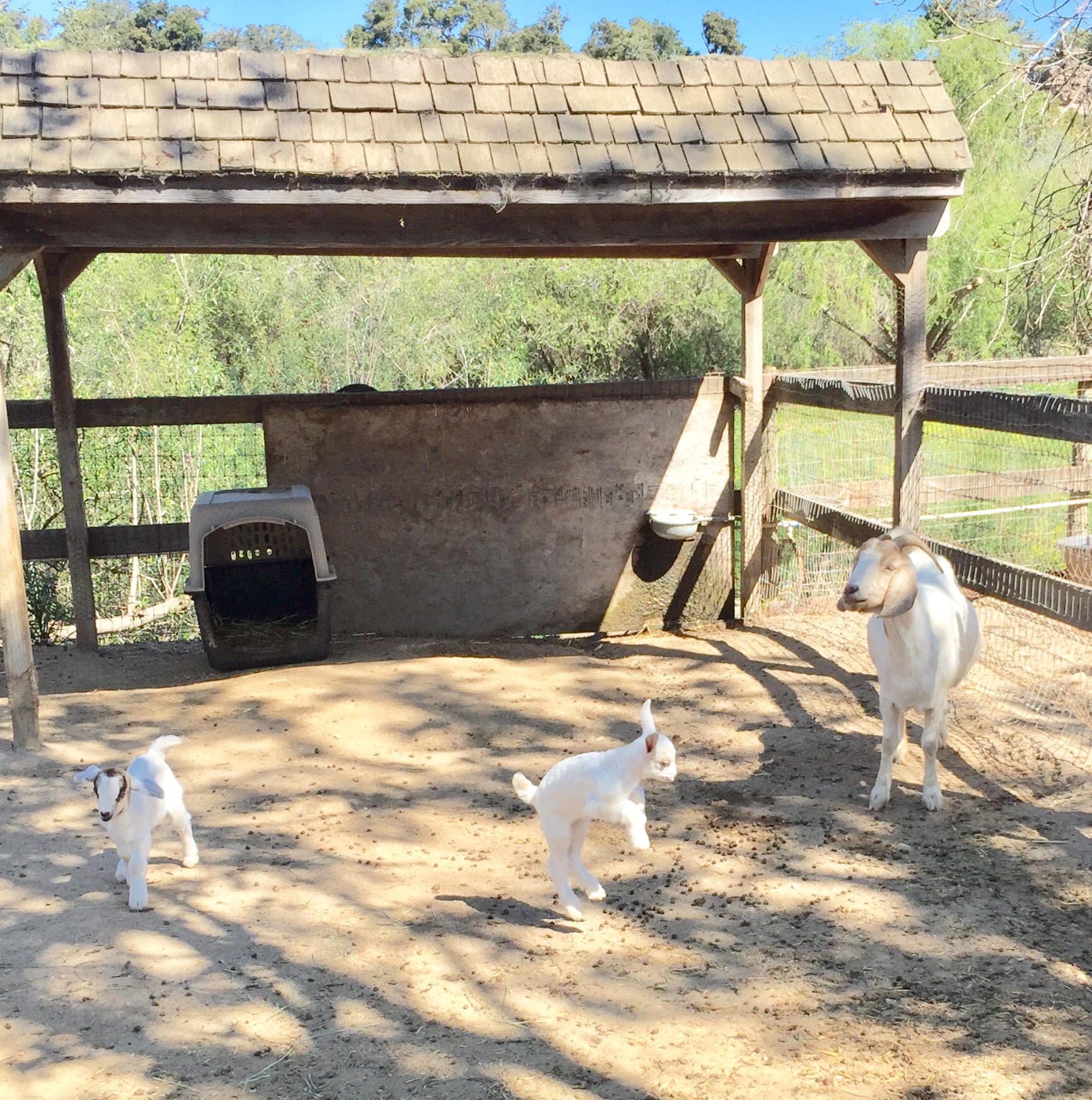 And with her, you’ll find her two hippity hoppity children. These baby goats are still small, but seem older than their newborn neighbors. They were doing all the stereotypical bouncy baby goat moves you’d expect to see from this farm animal fave. They were also an adorable fluffy white. 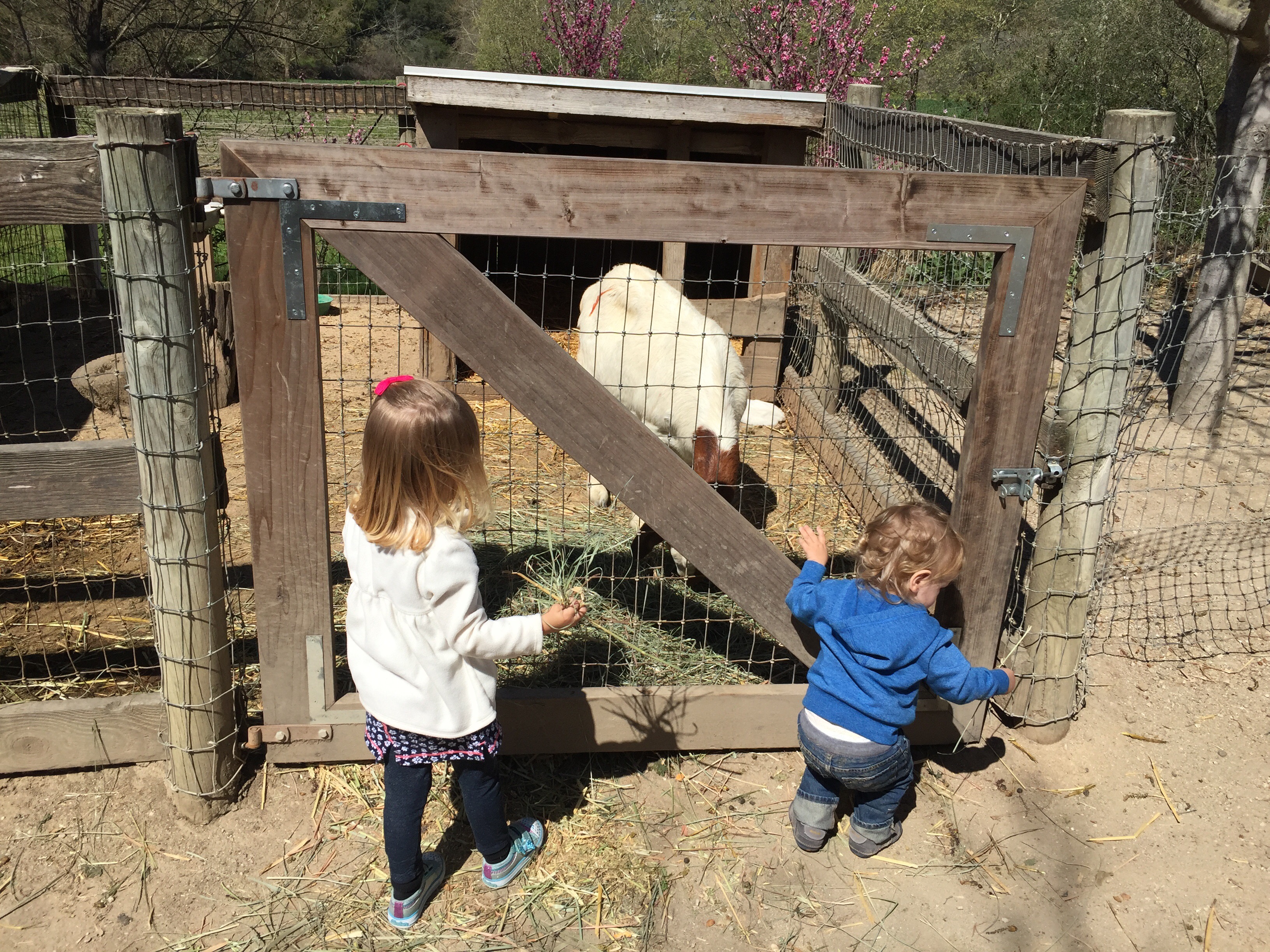 The kids were really engaged with the animals. 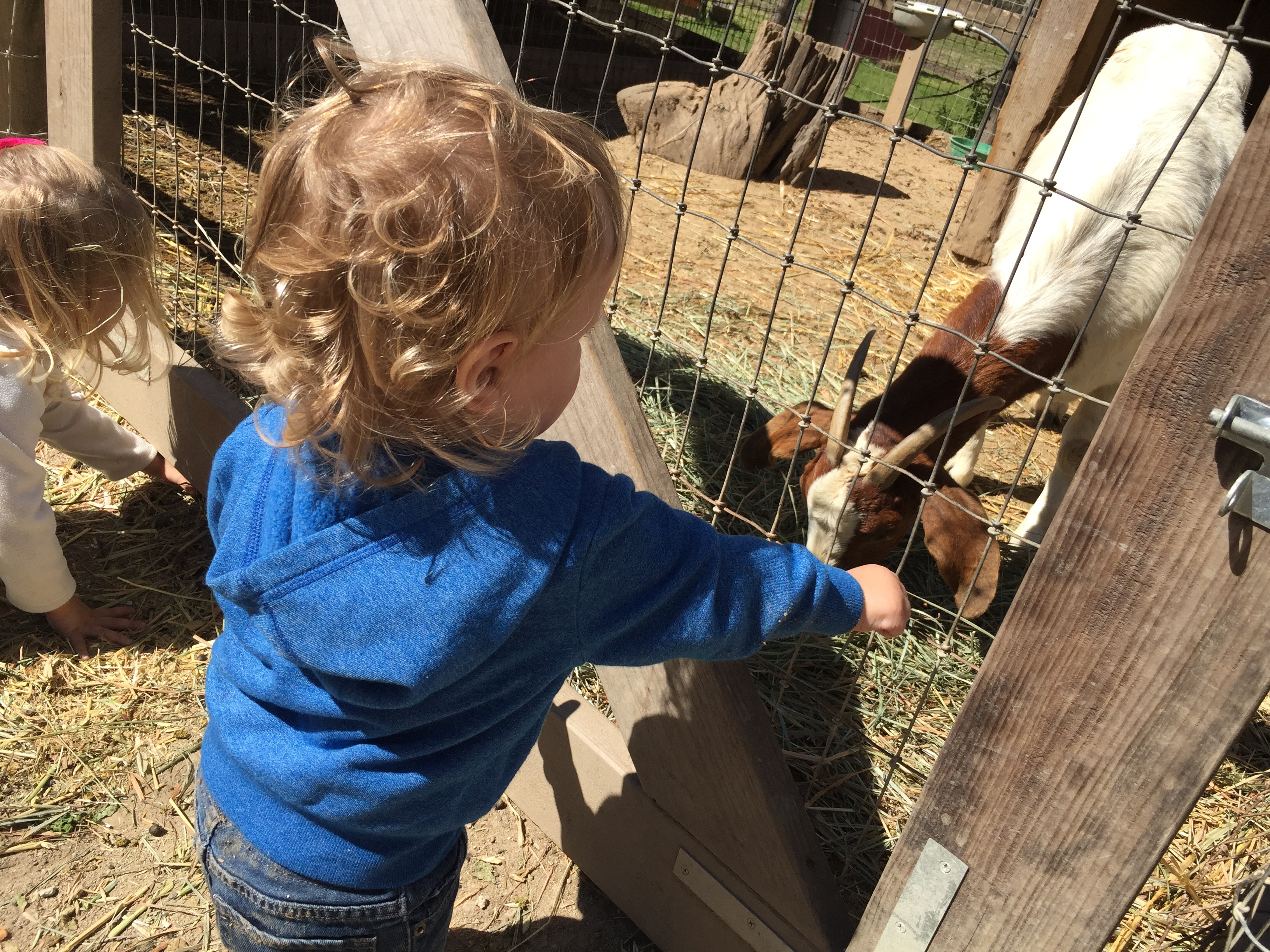 My son was excited to pick up long pieces of hay from the ground to feed them. And he’s only 15 months old so it’s nice to have an activity that he and his big sister can do together. You can also buy specific feed-the-animals bags of leafy goodness at the barn’s fruit stand but it was closed when we went. 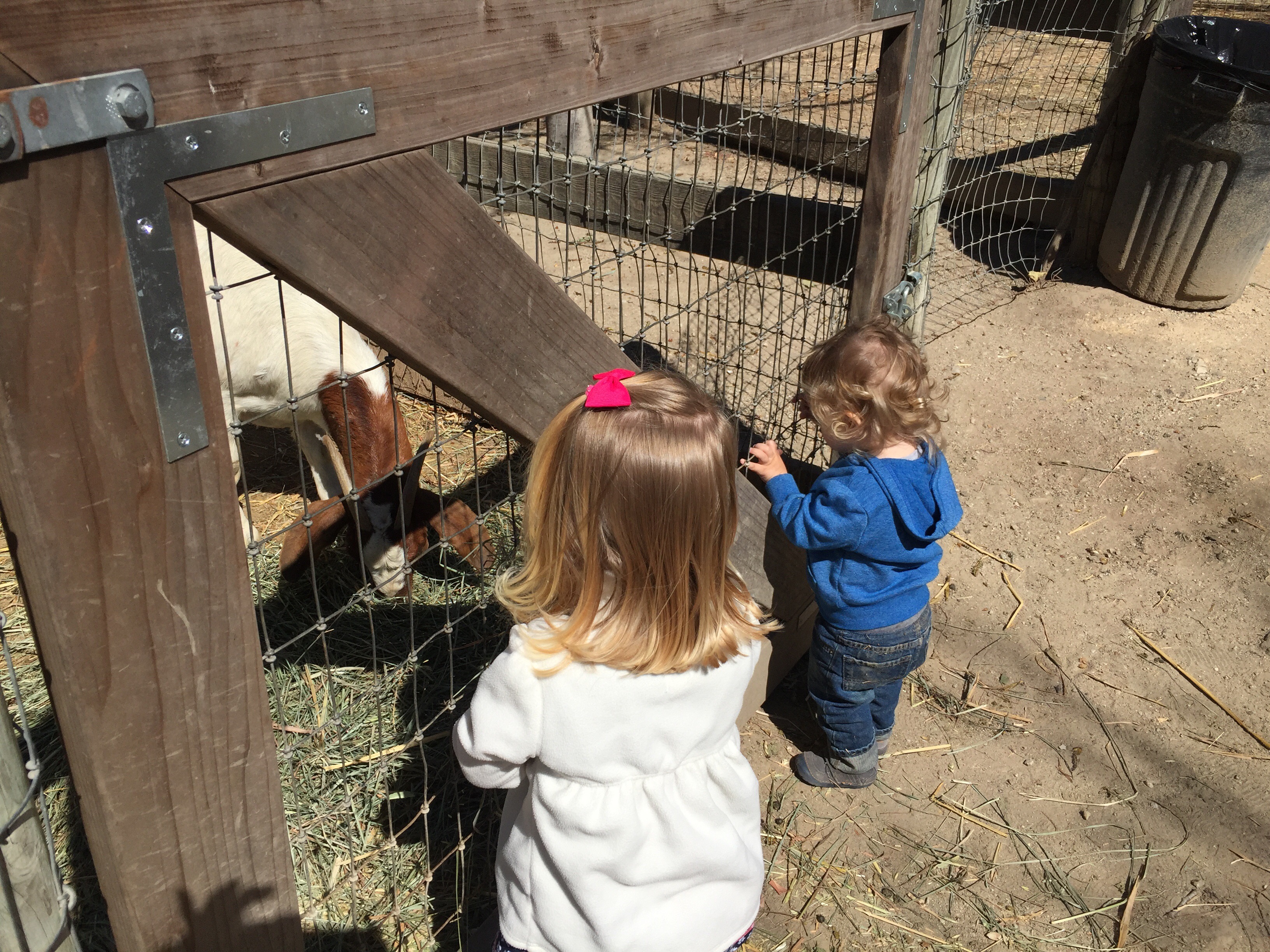 Avila Valley Barn is located at 560 Avila Beach Drive in San Luis Obispo, except it’s way south on your way to Avila Beach so it doesn’t feel like Slo. The barn has different hours of operation based on the season, which you can find here. Admission is free. 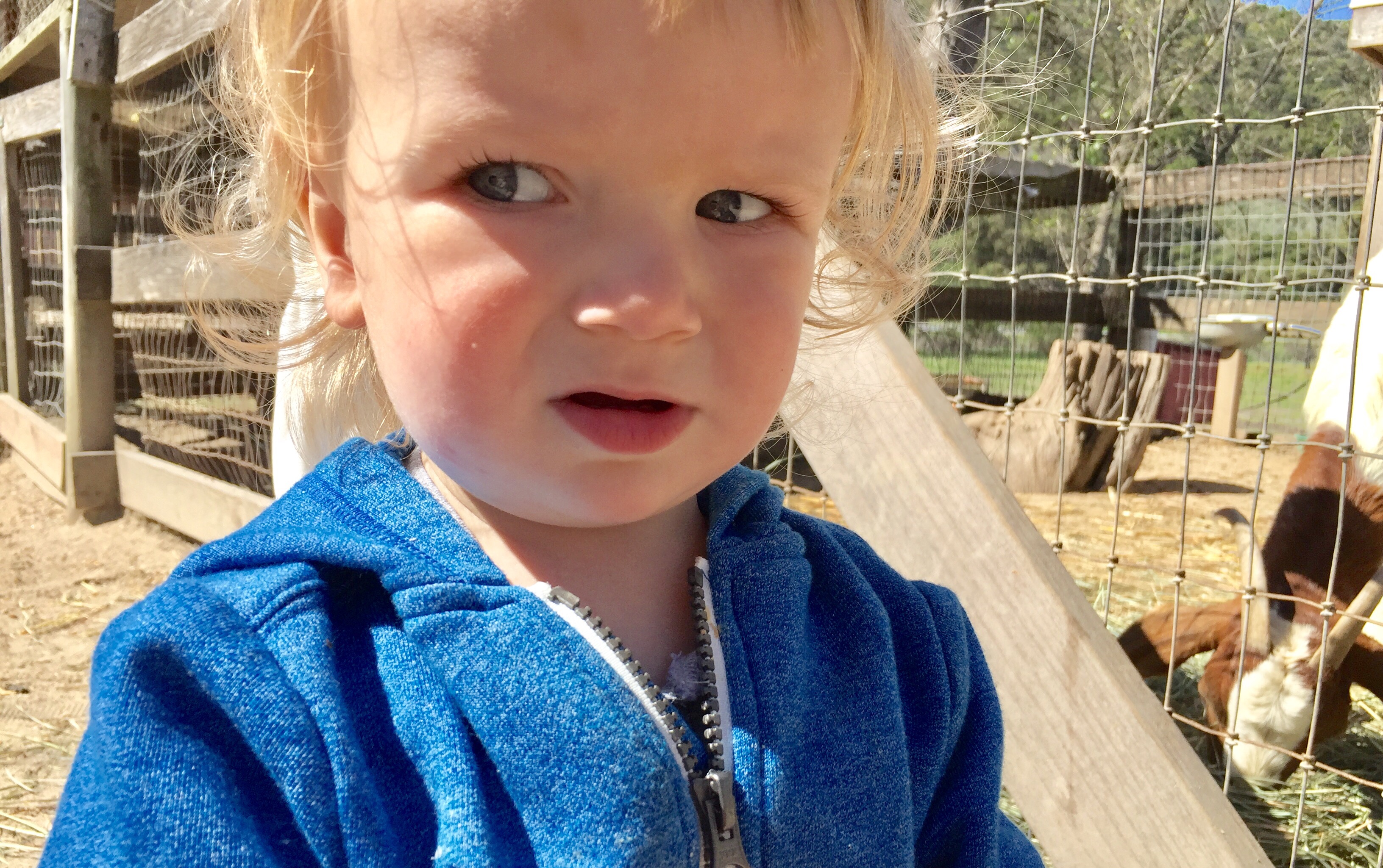 This was the baby’s face when I said it was time to leave. It’s like he’s saying, “Uhhhh, no. I don’t THINK so.” Gotta love some fierce baby ‘tude. 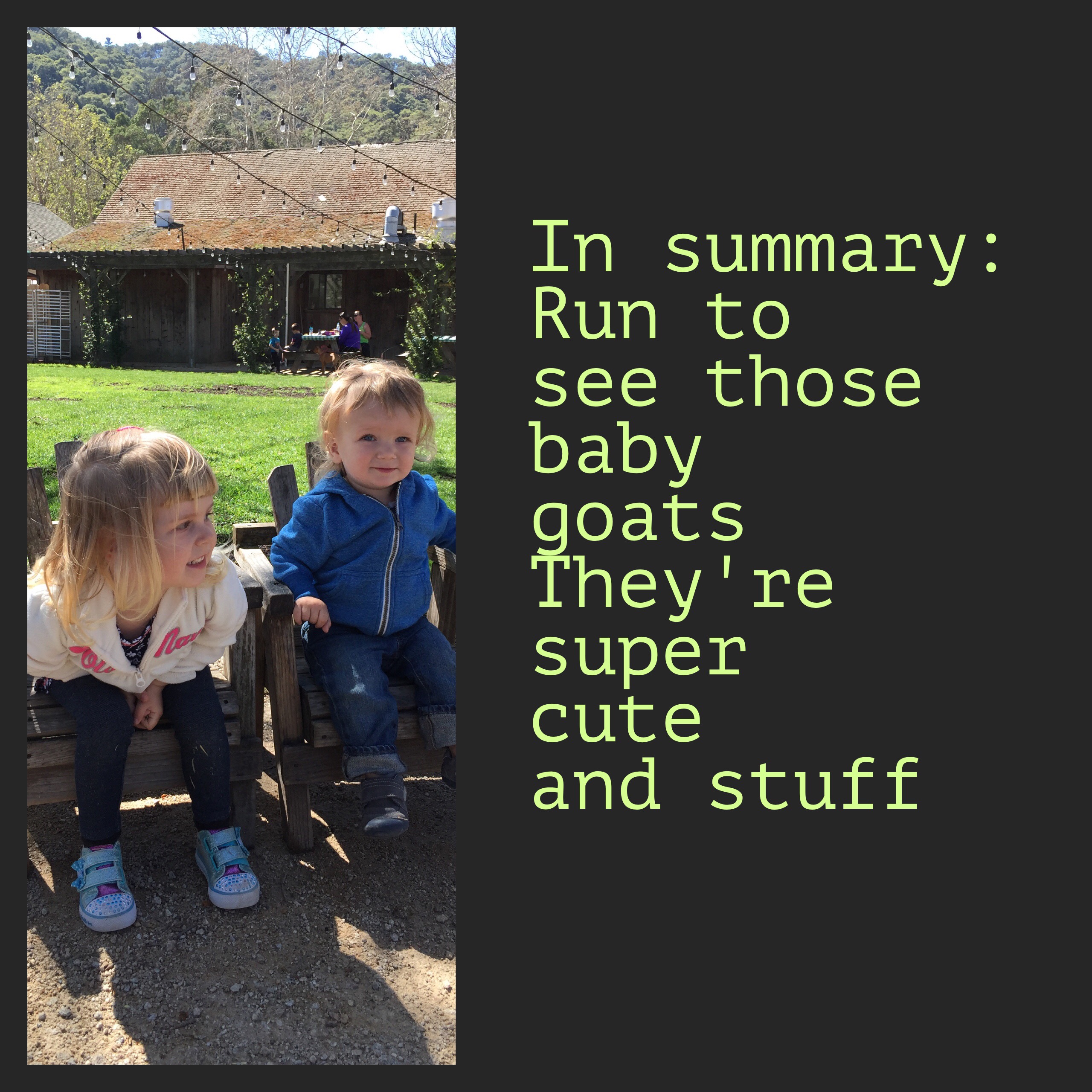 Tonya Strickland is an award-winning journalist and former government reporter for the SLO Tribune. Since then, her writing has been published with SLOCAL, TravelPaso and Trivago. Some of her blog posts are also featured in Paso and Colony Magazines as a monthly print column. Make sure to check out Clara and Wyatt's many local adventures at @two.n.tow on Instagram. View all posts by Tonya Strickland