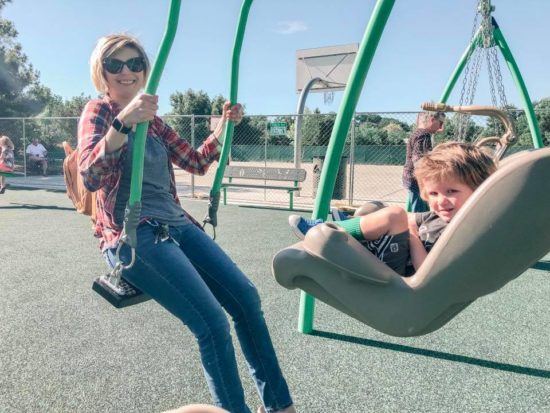 Yesterday we visited Joy Playground in Atascadero for the very first time.

But first, a little backstory: I was pregnant with Clara six years ago when I first interviewed a group of dedicated parents of children with special needs. 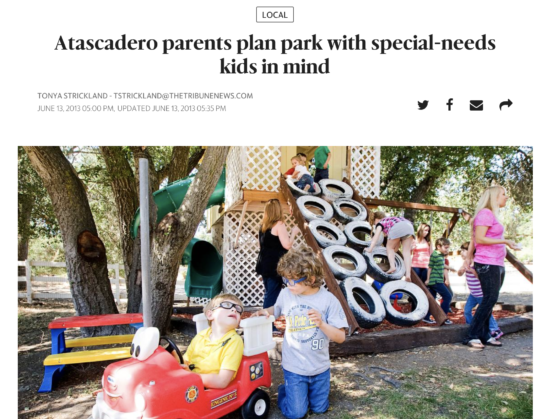 From that 2013 article: “Flimsy swings, fire-pole cutouts, wide open spaces and sand at traditional parks are all things the mothers say pose dangers to kids that lack certain muscle coordination and sensory functions.”

These parents – these dedicated bada$$ moms and dads – who dreamed of an inclusive playground featuring play equipment for children of all abilities …. well, I spent the next several years totally blown away by their perseverance to make it happen. The group, officially known as Parents For Joy fundraised, advocated and promoted their butts off for this project and I’m so excited it’s finally here! 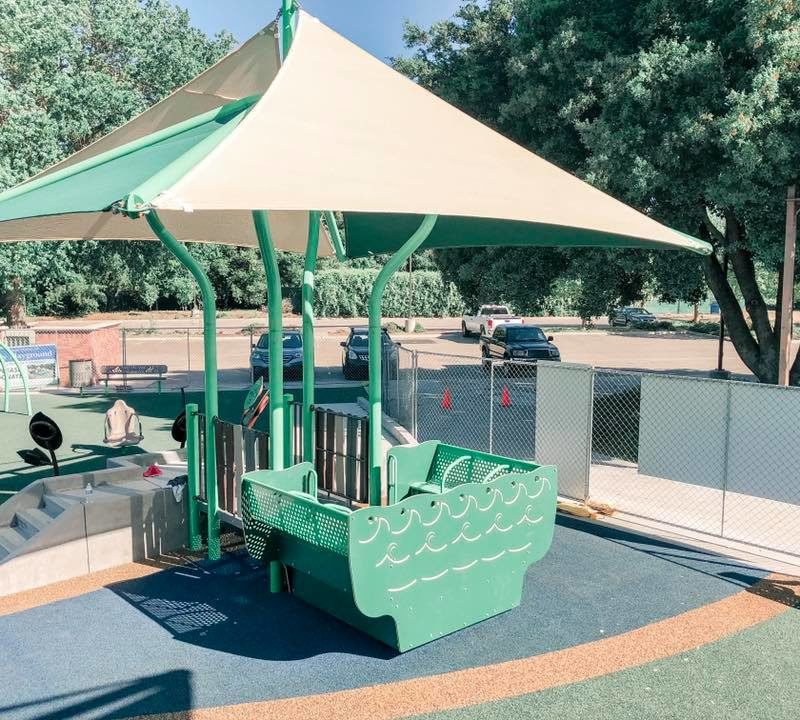 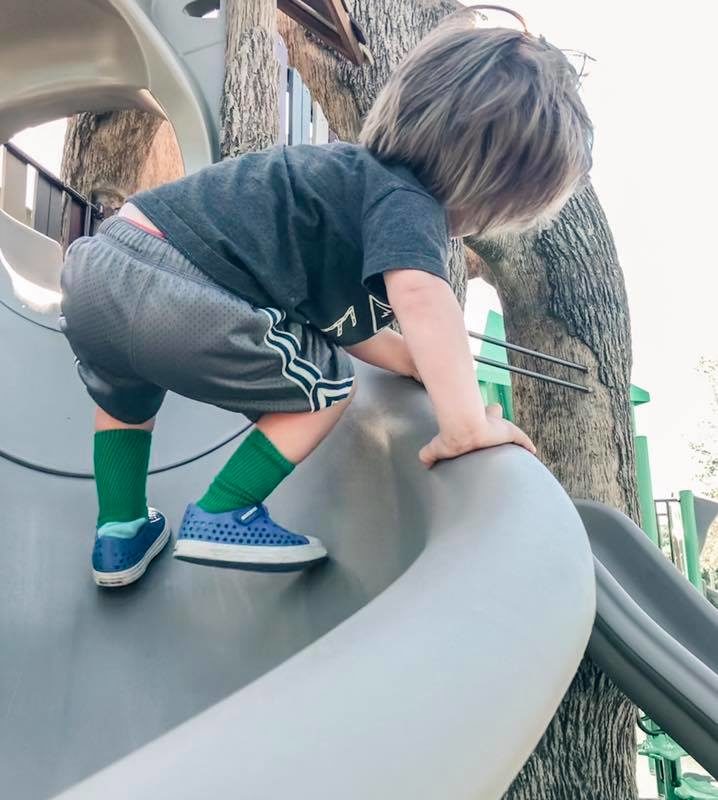 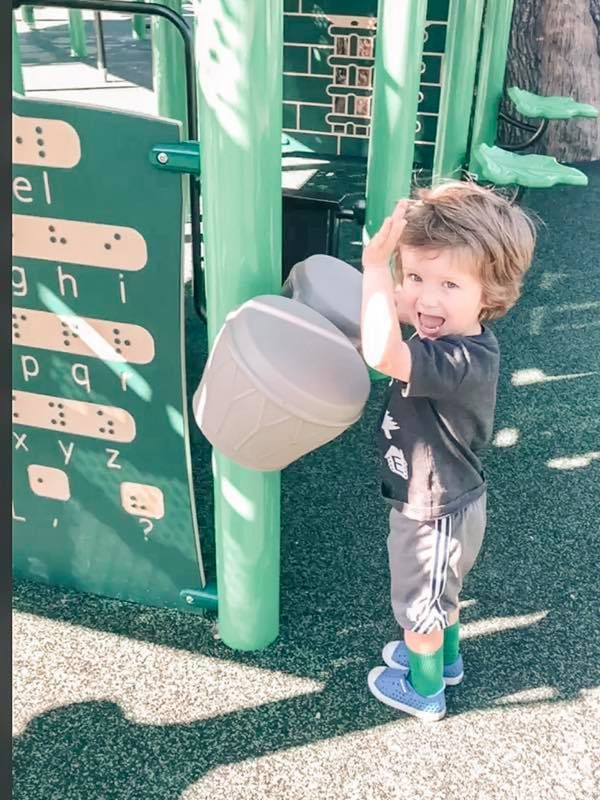 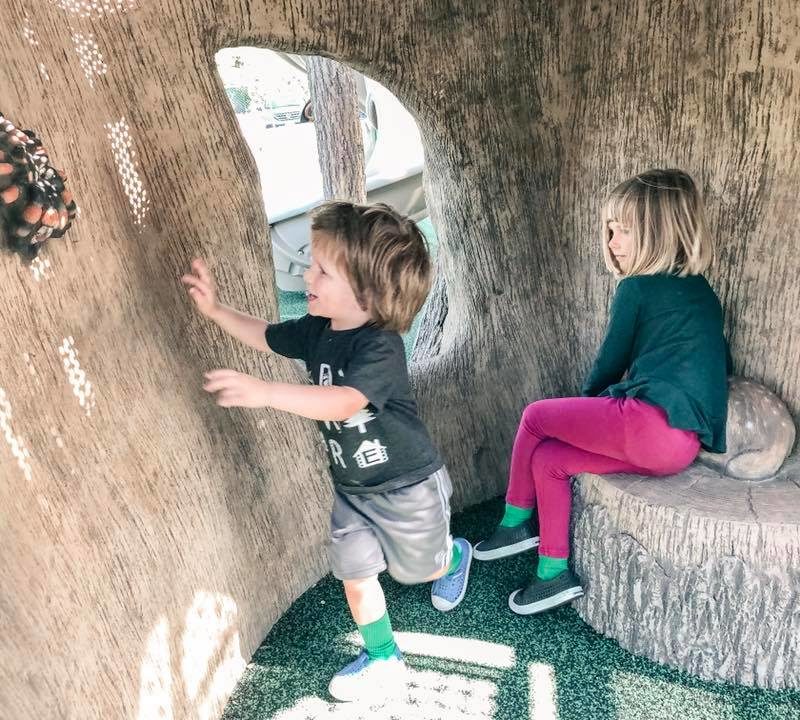 The grand opening was April 5.

This park is special because it has …
★ an all fenced-in perimeter 🙌🏻
★ rubber surfacing making the entire play area accessible for walking, crawling, wheels … you name it
★ a spinning egg seat for sensory play
★ interactive game panels with nature, water and animal sounds
★ concrete wheelchair ramps into the main play structure and into the six-seater Rock N Raft motion toy
★ 12 swings! And all designed for different abilities 🥰 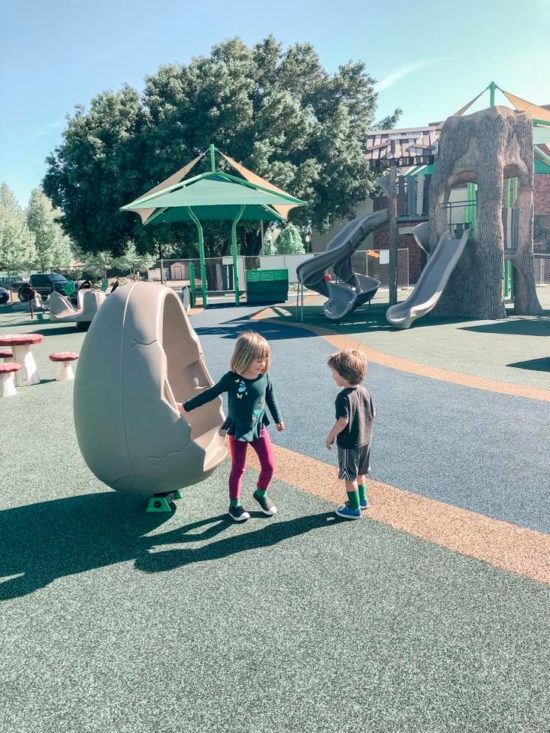 Joy Playground (named in part for the happiness of all children and for the late daughter of one of the founders) also features a forest theme with super cute details such as giant tree slides, woodland creatures and buggies carved into climbing logs.

Joy Playground is behind the Colony Park Recreation Center building (but on the same property) at 5599 Traffic Way in Atascadero. ✌🏻.