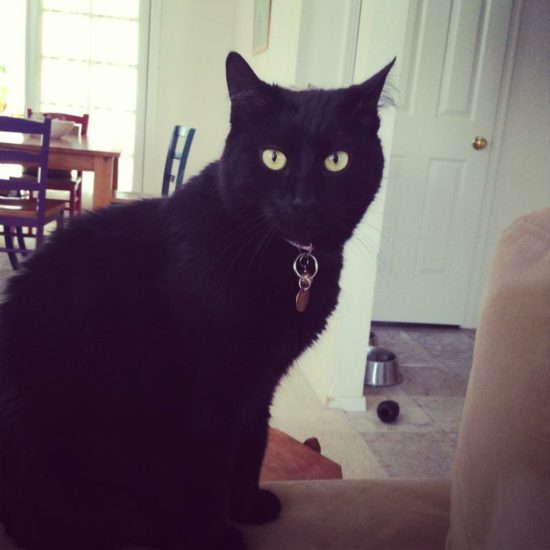 He was an outdoor cat who hadn’t slept with us in a couple of days, like he usually does in the winter. His indoor absence wasn’t too out of the ordinary for him, though. Still, I went to look for him. I found him laying in his favorite outdoor spot, between our house and the neighbor’s, where he’d scout out birds and keep watch over the front yard (and his cat door). He was already gone, and still. I couldn’t bring myself to touch him. I don’t know what that would feel like. Would he be cold? He had frost on his fur, which breaks my heart. No outward injuries, though, so I’m hoping it was something fast and natural in his sleep.

I have next to no real experience with pet death. All the passings of my childhood pets were shielded from me in one way or another. Cats got lost and never came home. Maybe they lived happily chasing mice on a ranch somewhere (hopeful kid thoughts). Or my parents did the finding and the burying.

Not quite knowing how to deal, I started writing.  So this is the story of Aluicious Nightingale.

I’m going to switch genders to start out this story, and soon you’ll find out why.

We first got Aluicious seven years ago. It was outside, after Penny’s puppy preschool class, a few days before Halloween. We heard her meowing under a car in the parking lot after class let out. Thinking this little meowing bundle of black fur was lost, I brought her home with us and decided to help find her owner. Someone must be missing her, I thought.

Except then I read that you aren’t supposed to do ‘Lost and Found’ signs for black cats near Halloween, because of the creepy ritual stuff people do. Ick. While we waited on posting signs, we took her to the vet to have her scanned for a microchip and check the gender. They said she was a fixed female, no chip.

Come Nov. 1, we posted the signs with a photo and the vet’s info about her. Four families came to check if she was theirs, but each one said no. Weeks passed and no one else came.

So then, she became ours. Sleeping on my clean laundry, purring on my lap and  generally being content as cats so often are. 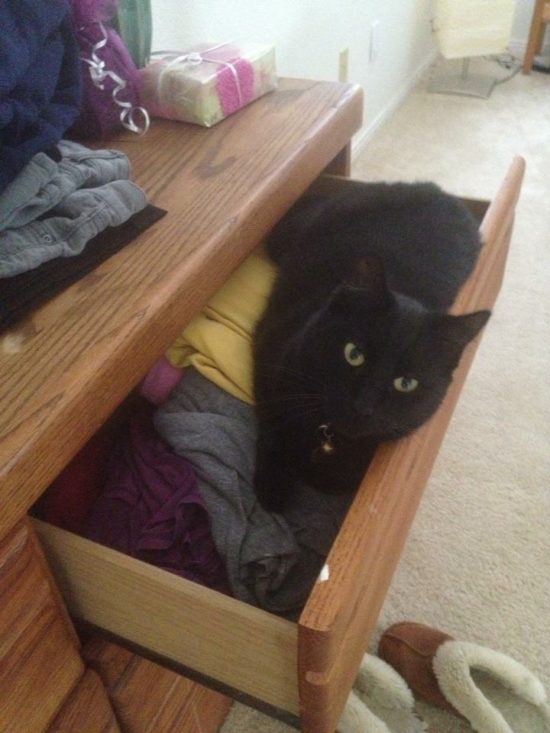 But then she would meow and meow by the window, asking to be let outside. She would chatter her teeth at the birds from the windowsill, something Google said was a hunting thing.  I always had indoor cats growing up, so an outside cat was a foreign concept to me. But soon she became depressed, having to be indoors all the time. And that’s sad. And I can’t stand a sad fur baby. So we installed two cat doors in our garage, one leading to the outside world, so she could come and go as she pleased. That made her very happy. 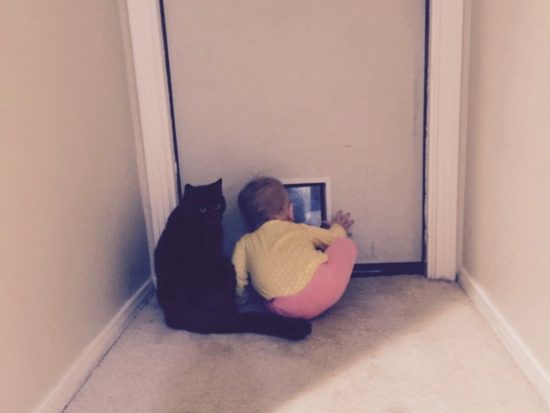 Freedom meant she wasn’t always around. But she was still the perfect, low maintenance pet. And, for years, I was always comforted by the sound of the  soft click of the cat doors closing, knowing she had come home. It’s weird not hearing it now.

My husband named her — Aluicious Nightingale. For her striking black coat and also, if you know anything about my husband, he loves to be ridiculous about stuff like that. I still remember shopping on Etsy for her ID tag. One of the listings offered free pet name engraving. When I filled out her 20 letter name, the seller replied with a simple “um … that’s going to cost more.” Bowen laughed at that for days. And I did, too. It still makes me smile. 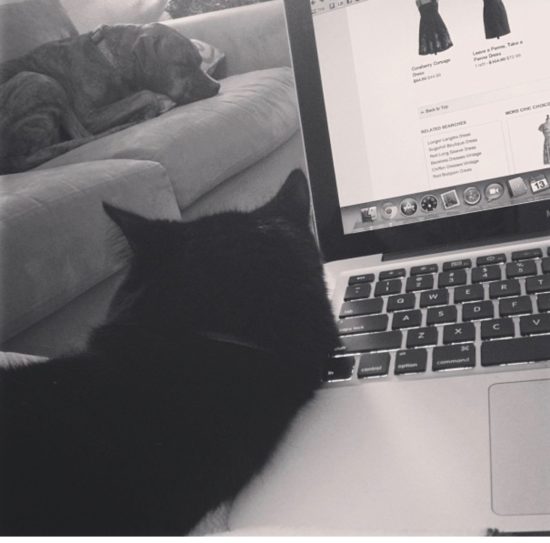 A short while later, Aluicious got a UTI. So we took her to the vet again. We came home that day with meds and the surprise diagnosis that “Oh yeah – she’s actually a NEUTERED MALE.”

I don’t even know how that happens. But they said it was a simple mistake.

So, now we had a boy cat. Who already had a girly name, for like, almost two years. Sorry, kitty. It also explains why no one else responded to our “Found Female Cat” signs. 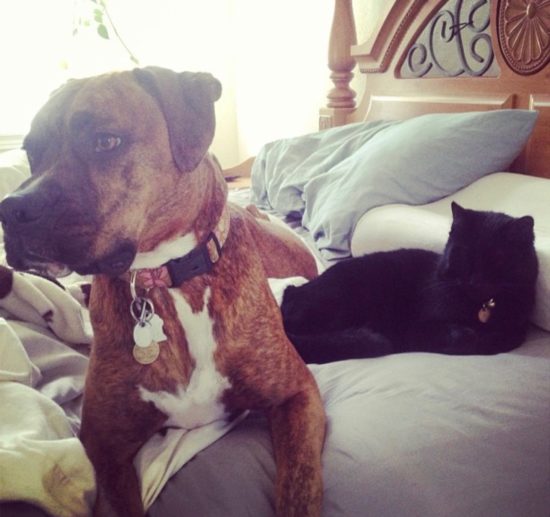 So our dual-gender cat with the funny name would stay ours for the next seven years. Always coming in for food and water, for a quick cuddle (even with the dog), to meow to announce his arrival (and wake up any overnight guests). After the birth of each of our human babies, he always went through a period of bringing home dead things in tribute. He was quite the hunter – lizards and small birds beware!

As the kids got older, they’d get more and more excited when the cat would make his  daily visit inside. Wyatt recently started yelling “Cat! Cat!” when he’d see him, and then promptly chase him out through the garage, lol. But the kids learned to be “gentle” when petting him. And were sweet with him, too. My last memory of Aluicious is him sitting on our bed, letting a VERY happy Wyatt pet his tail. And I thought, “Well, look who’s coming around. Nice job, kitty.” 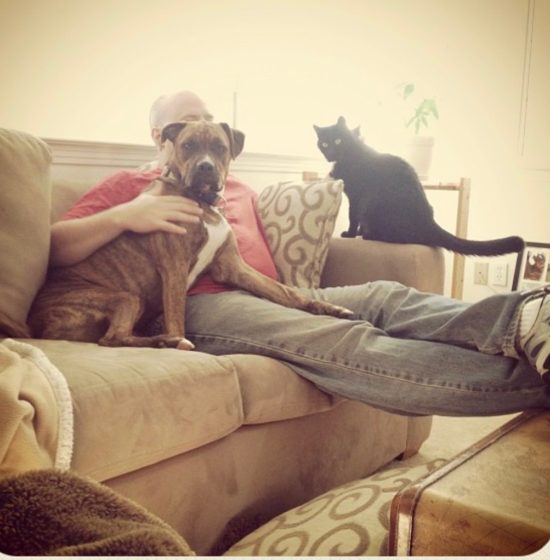 Goodbye, Aluicious Nightingale. You were a good cat. And we loved you.

4 thoughts on “This is the story of Aluicious Nightingale”