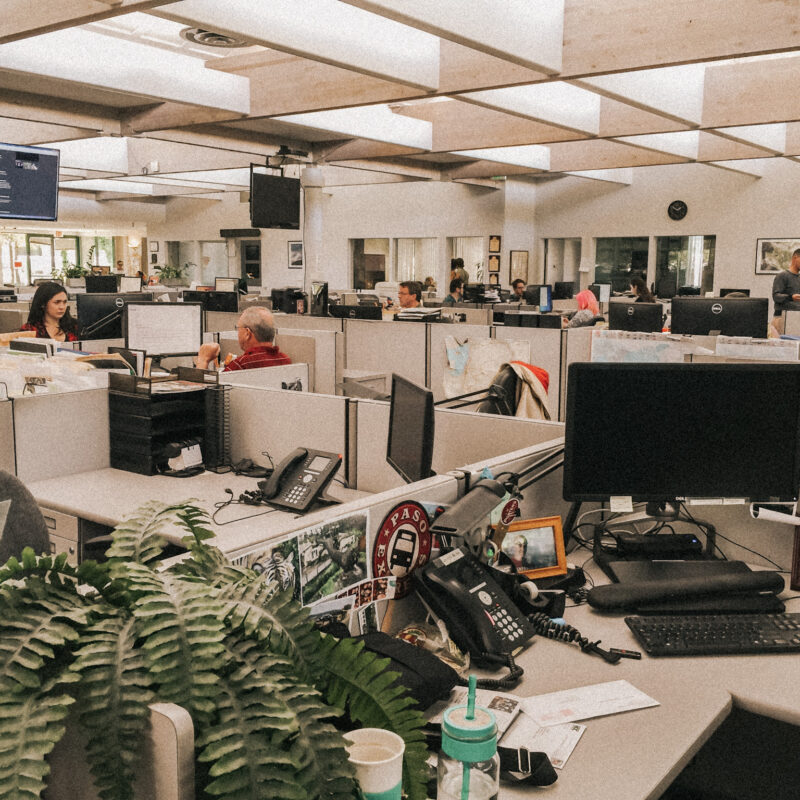 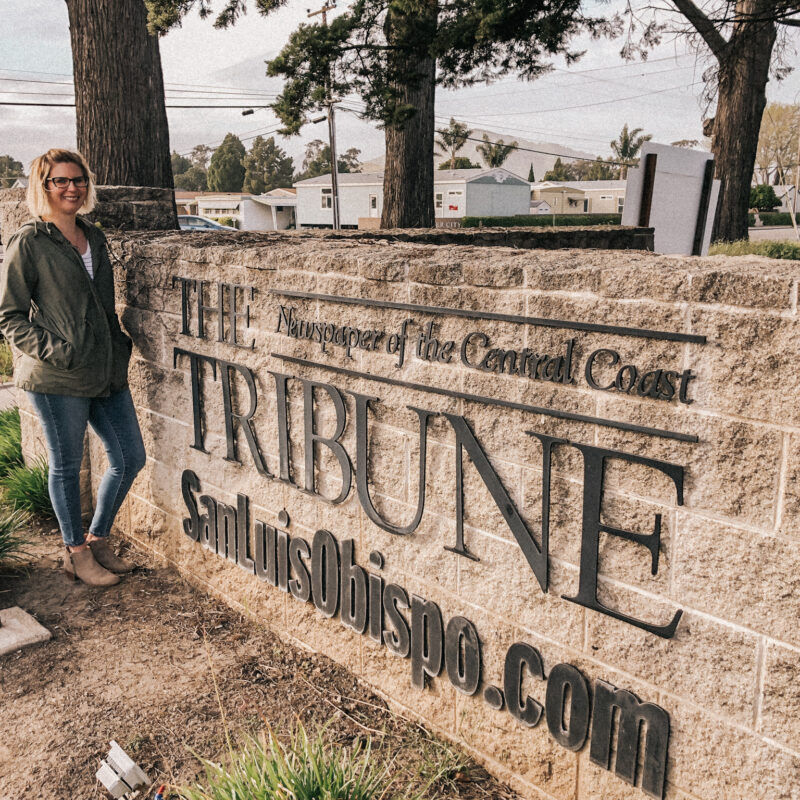 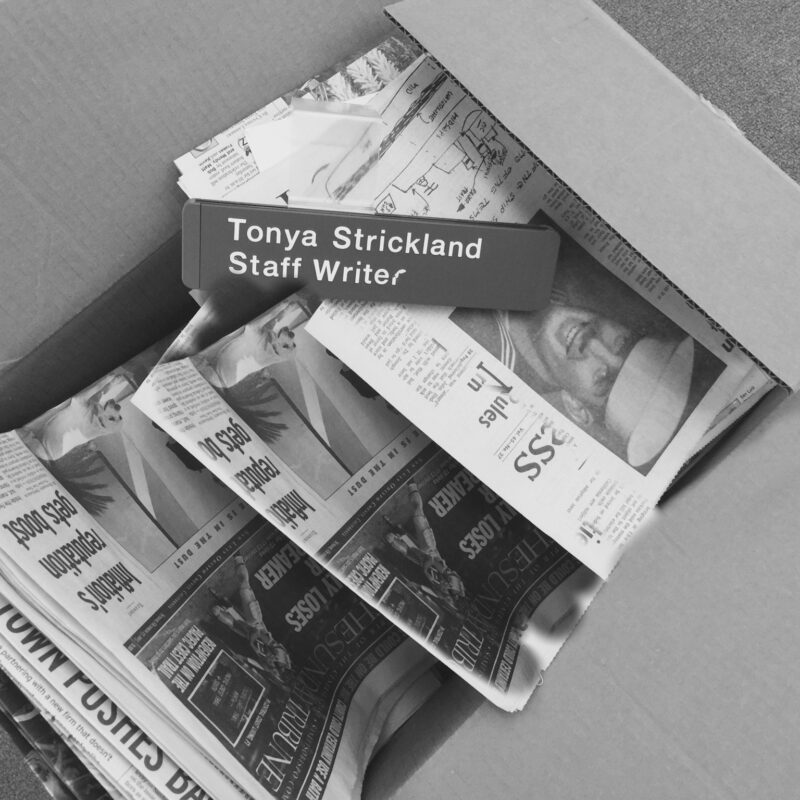 I celebrated my 40th birthday this weekend (1982, represent! 🙌 ), and it’s got me all reflective-y on life. This blog began in the lovely San Luis Obispo County, California where we lived for a long time before moving to Washington in 2020.

Before I was @two.n.tow, I wrote for The Tribune newspaper in San Luis Obispo, California as a coffee-crazed city government reporter.

I landed there after earning my journalism degree from Cal Poly State University.  (Psssst: I started out at Moorpark College in SoCal and 100% support the junior college route!). 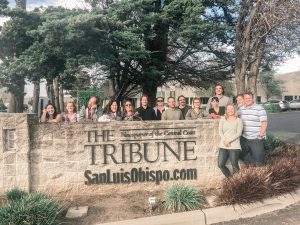 During my senior year at Cal Poly (circa 2005), I got a job at the Trib as its obituary editor. The late Bill Morem used to pop his head up over my cubicle and ask me “how the deadbeat was.” I loved that newsroom. So I stayed there for the next 15 years, eventually running a regional city beat that covered half of SLO County. I got some state awards, did lots of cool things, met some truly incredible people, met some truly not-so-incredible people, almost accidentally went into a murder’s house, got yelled at by cranky readers about their Sunday comics, covered a state mental health hospital, ate free pizza on election night, got hung up on by a mayor, hung out with cool firemen on rescue calls, and got to tell hundreds of stories. 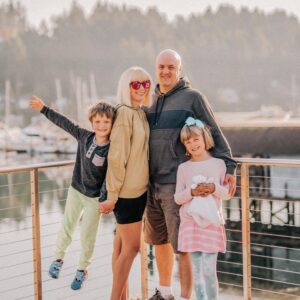 My husband Bowen, who I also met in 2005, was with me through all of it. Then, in our 30s, we had Clara. Bowen and I did the nanny thing for a while, and that had its challenges, but I still loved The Tribune and wanted to stay there forever. It was my second home.  Two years later (2 years and 3 days to be exact), Wyatt was born. A few weeks into my maternity leave with him, our nanny was spotted driving two-year-old Clara unbuckled in the backseat of our car. Luckily, Clara didn’t get hurt. But after that scare, I decided to go freelance, stay home with the kids, and explore my own writing path. (I also didn’t have anyone babysit our kids until a full three years later. No joke. Hashtag childcare trust issues).

Leaving work was a big, scary change. But after the first 6 months of juggling newborn Wyatt and a two-year-old Clara, I was already brainstorming ideas for my own community travel blog that showed readers the places I took the kids around town. I needed a creative outlet that I could involve the kids in, and this blog was it!

NOTE: Much of my California content is still relevant to tourists and locals (minus a few places that closed during the pandemic, which I recently tried to update throughout the content). So check out my CA Archives section.

Finding My Own Writing Voice 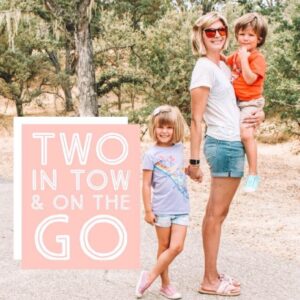 All that unfolded after the blog launch was pretty unexpected.

First, promoting my blog posts on Instagram led me to several “influencer” gigs, which, at the time, I didn’t even know was a thing – unless you were a Kardashian.

Second, blogging forced me to go out on my own as a writer, and to find my own voice. I’ll never regret that I did that for myself, and for our family.  Plus, like I said, writing makes me happy. And that kind of happiness is worth a lot.

To check out my favorite pieces of journalism work from The Tribune, visit  www.tonyastrickland.com.