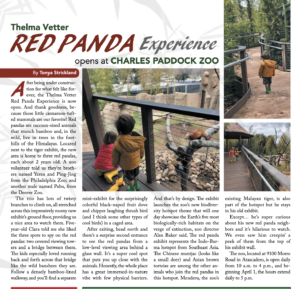 After being under construction for what felt like forever, the Thelma Vetter Red Panda Experience is now open. And thank goodness, because those little cinnamon-tufted mammals are our favorite!

Red pandas are raccoon-sized animals that munch bamboo and, in the wild, live in trees in the foothills of the Himalayas. Located next to the tiger exhibit, the new area is home to three red pandas, each about 2 years old. A zoo volunteer told us they’re brothers named Yeren and Ping-Jing from the Philadelphia Zoo; and another male named Pabu, from the Denver Zoo. 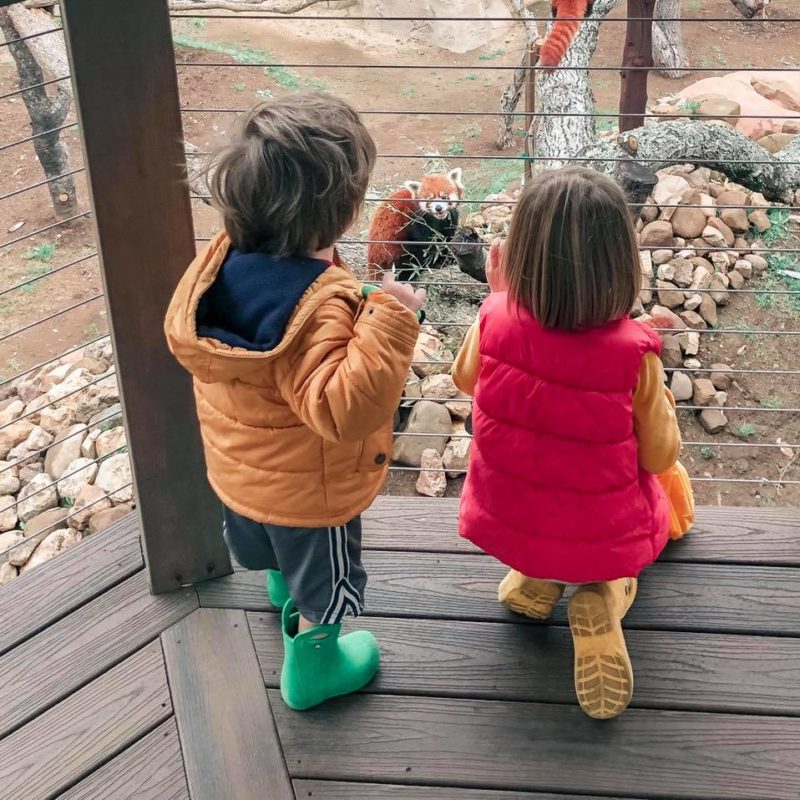 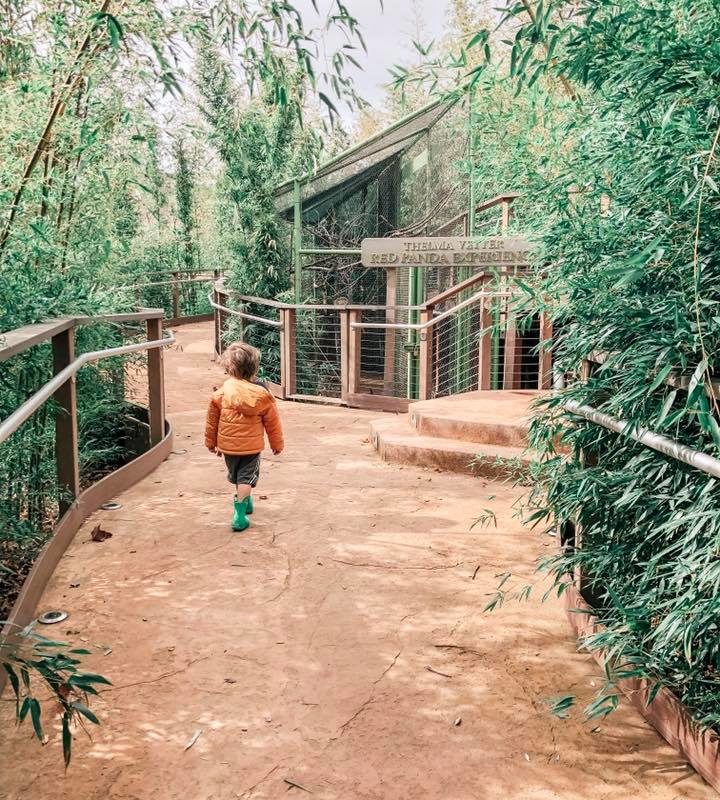 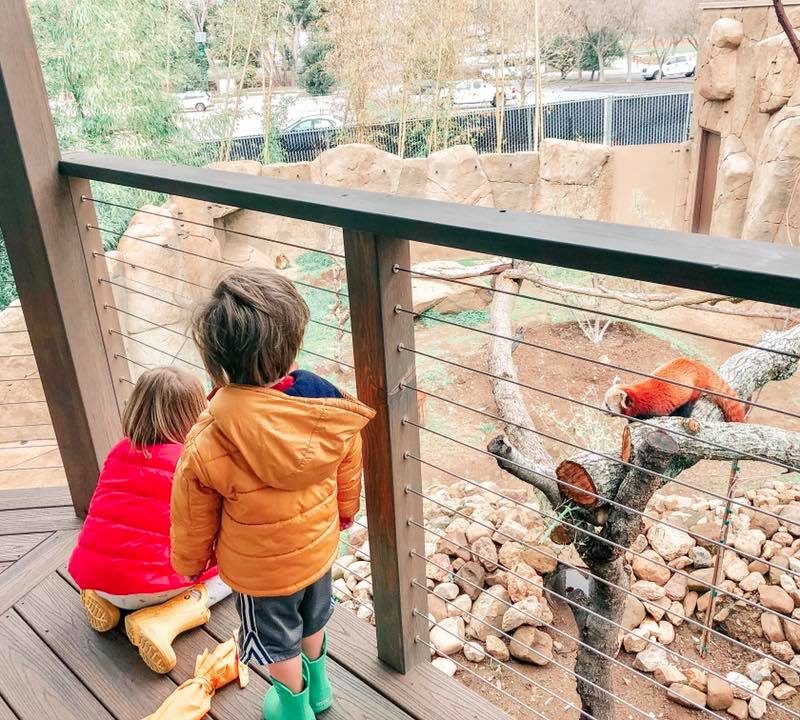 The trio has lots of twisty branches to climb on, all stretched across this impressively roomy new exhibit’s ground floor, providing us a nice area to watch them. Five-year-old Clara told me she liked the three spots to spy on the red pandas: two covered viewing towers and a bridge between them. The kids especially loved running back and forth across that bridge like the wild banshees they are. Follow a densely bamboo-lined walkway, and you’ll find a separate mini-exhibit for the surprisingly colorful black-naped fruit dove and chipper laughing thrush bird (and I think some other types of cool birds) in a caged area.

After exiting, head north and there’s a surprise second entrance to see the red pandas from a low-level viewing area behind a glass wall. It’s a super cool spot that puts you up close with the animals. Honestly, the whole place has a great immersed-in-nature vibe with few physical barriers. And that’s by design. The exhibit launches the zoo’s new biodiversity hotspot theme that will one day showcase the Earth’s five most biologically-rich habitats on the verge of extinction, zoo director Alan Baker said. The red panda exhibit represents the Indo-Burma hotspot from Southeast Asia. The Chinese muntjac (looks like a small deer) and Asian brown tortoise are among the other animals who join the red pandas in this hotspot. Menderu, the zoo’s existing Malayan tiger, is also part of the hotspot but he stays in his old exhibit. Except… he’s super curious about his new red panda neighbors and it’s hilarious to watch. We even saw him creepin’ a peek of them from the top of his exhibit wall. The zoo, located at 9100 Morro Road in Atascadero, is open daily from 10 a.m. to 4 p.m., and beginning April 1, 2019.