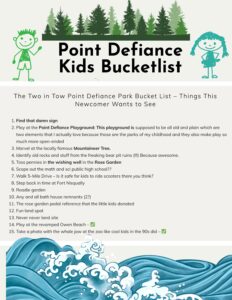 It’s officially the first day of fall and I’m already feeling the pull to explore every outdoor inch of Pierce County before I have to layer up in 15  jackets just to leave the house again.

That feeling, paired with recently diving head-first into the research rabbit hole of how Point Defiance got its name (more on that soon), I now know of approximately 513 cool things I haven’t seen there yet, and I’m having some major FOMO over it.

So I made the following Point Defiance Park Bucket List to help encourage me to get out there (and hopefully you too!). Here we go!

A Park for the People 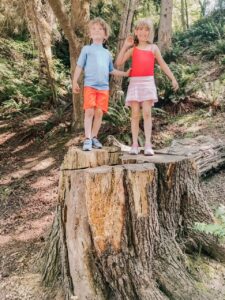 Point Defiance Park is 760 public acres of tides, trails, and trees – each offering its own spin on family-friendly things to do in Tacoma.

As Point Defiance shifted from a federal military reserve to a public tourism destination in 1888, people instantly loved it as a reverie of peace and nature within the city.

Today, the park is a major regional destination and is run by public rec agency Metro Parks Tacoma. The site has the modern Point Defiance Zoo & Aquarium, newly renovated Owen Beach, trails abound, a boathouse marina with watercraft rentals and fishing gear, some crazy cool gardens, a playground, and a Japanese-style Pagoda original to 1914.

To my delight, it’s also home to a rich history of quirky-cool attractions that have come and gone, all with some amazing stories and photos attached.

Typical me, I’m always fascinated with “what was.” So you better believe any and all remnants of past cool things are on my list of sights to see there! Luckily, in addition to my bucketlist, I have a whole map of throwbacks to refer to, thanks to the local newspaper.

On June 28, 2005, the Tacoma News Tribune celebrated 100 years of Point Defiance Park in an extensive special report. The centennial series included the below site map of all the old locations of the park’s previous attractions. Gone are the Nereides Saltwater Baths from 1906; Funland Amusement Park from 1933 and Never Never Land‘s giant Humpty Dumpty landscape of storybook friends from the 1960s.

And I want to see it all, even if it’s just an empty spot now. So I’m definitely printing the map and taking it on our next trip. 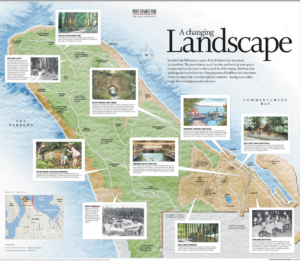 Family fun at Point Defiance isn’t all about the past, however. In fact, the park currently has 10 official attractions to explore:

Of them, the kids and I have been to the Point Defiance Zoo & Aquarium, Owen Beach,  Dune Peninsula, and the Chutes and Ladders.

But, as always, there’s more to see! Here’s a look at what’s next:

I’ll update these items with checkmarks as we see them!

And as you plan to see all these sites, here are some lovely Point Defiance Park newspaper archives to browse to your heart’s content: 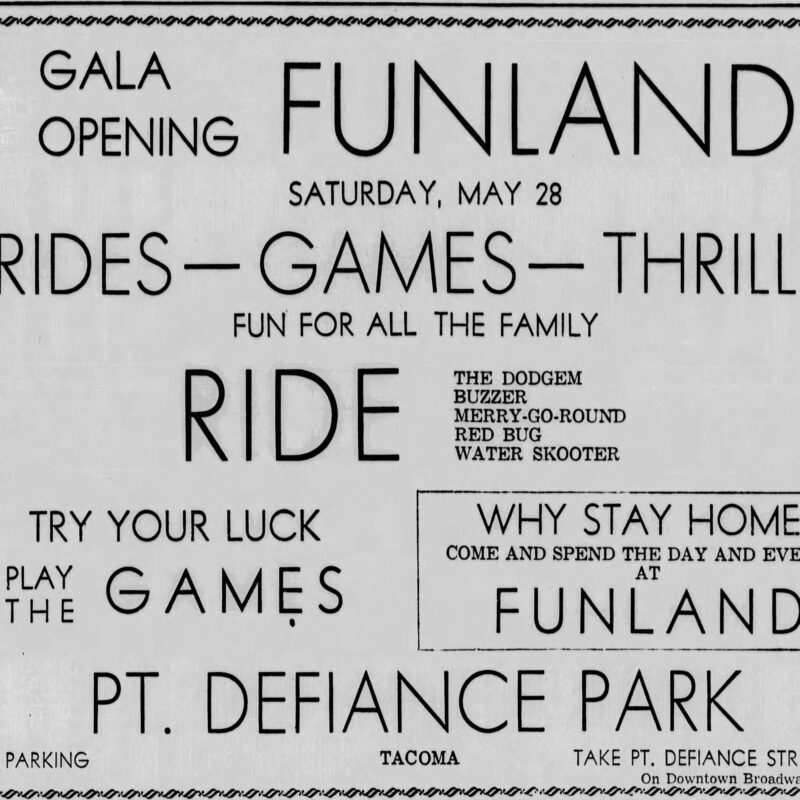 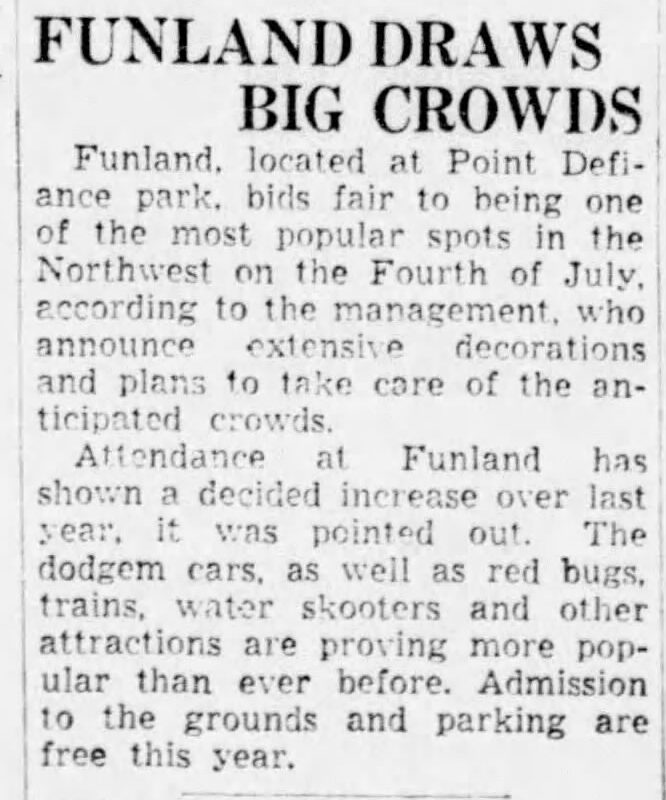 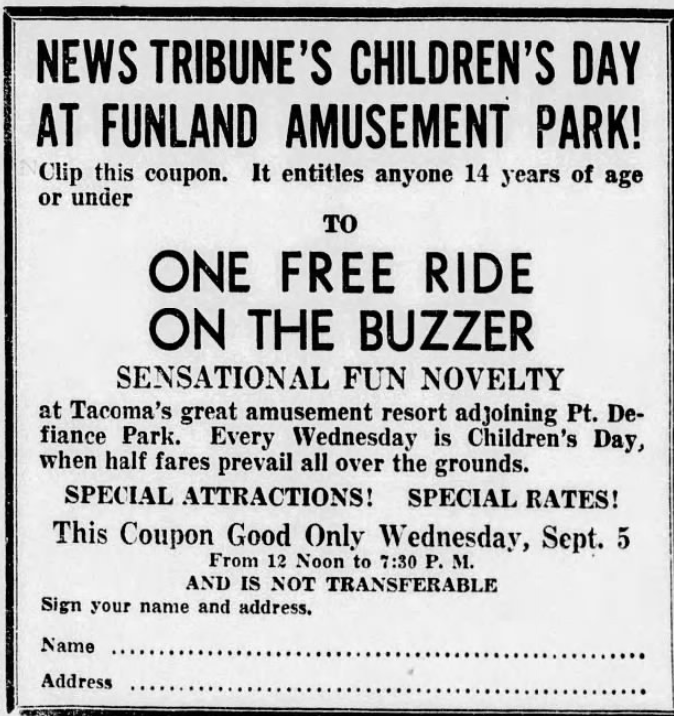 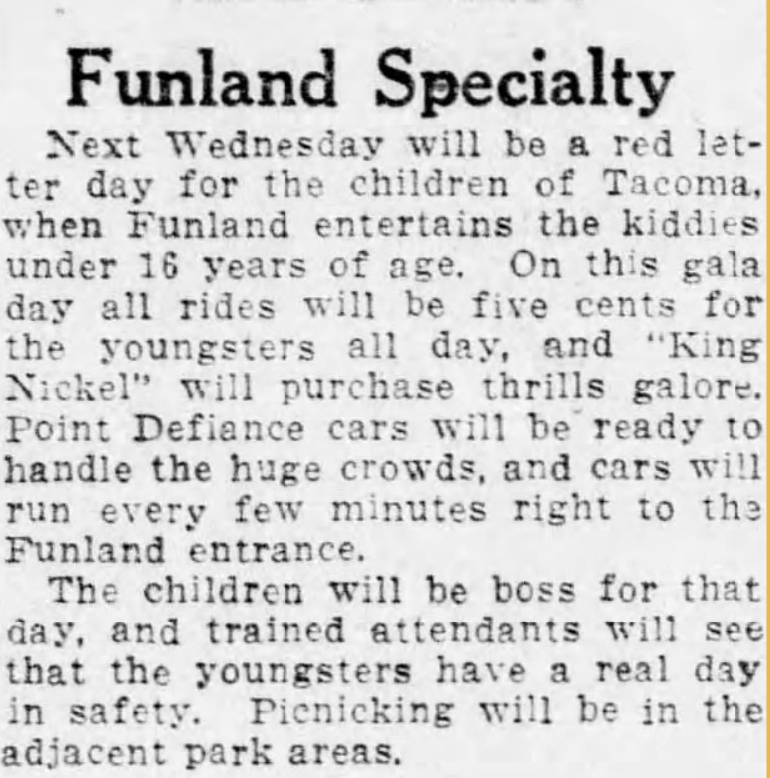 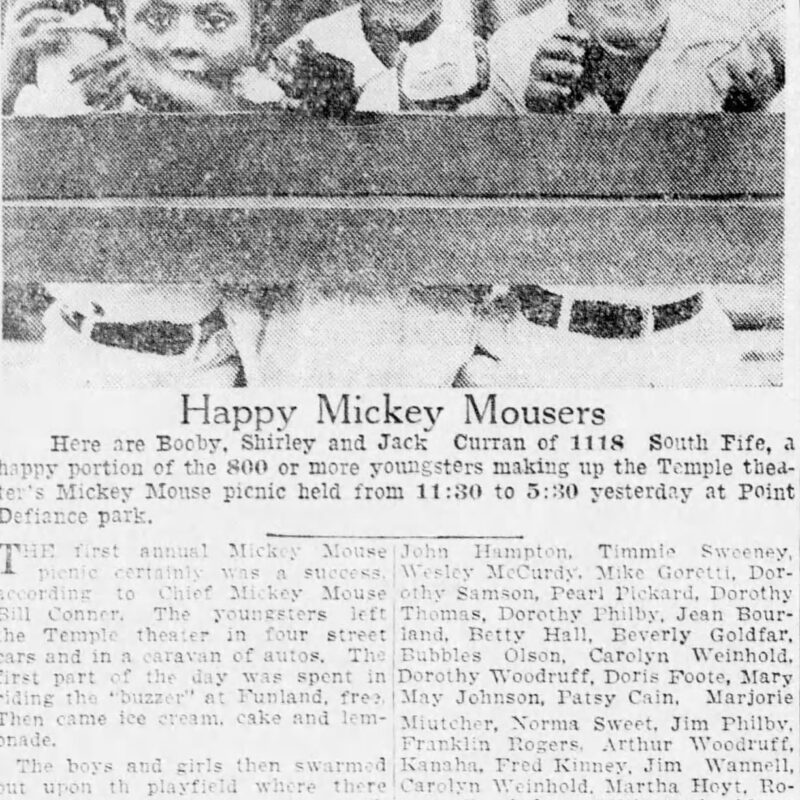 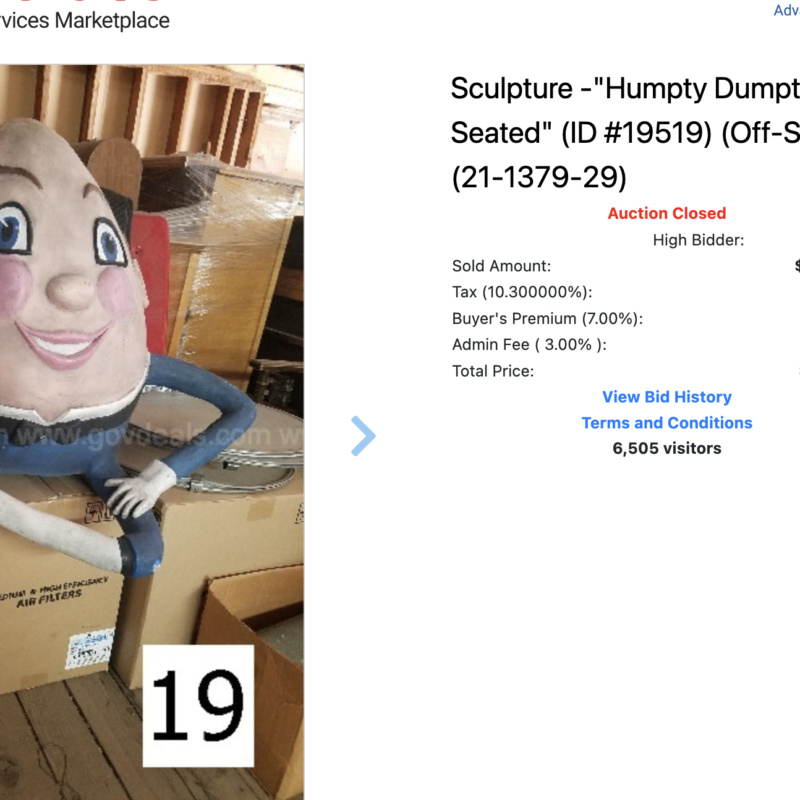 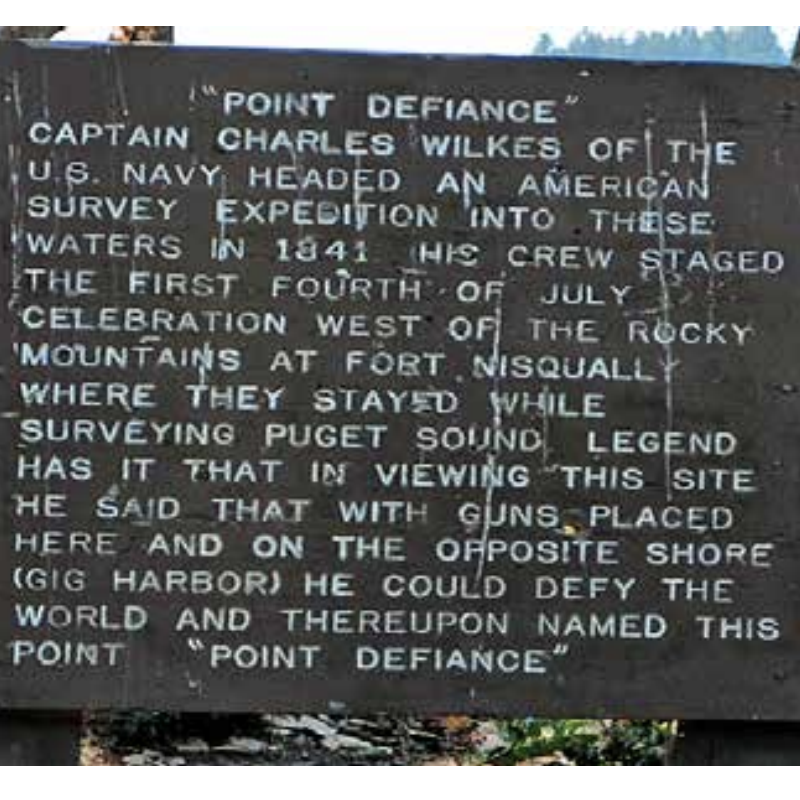 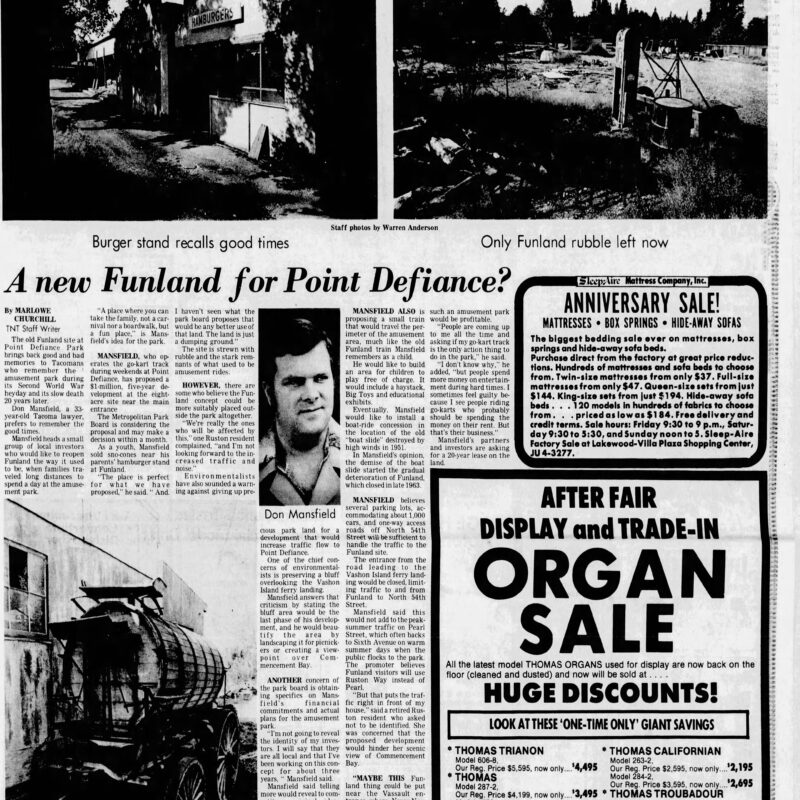 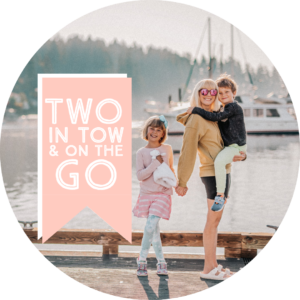